The internet is a crazy place, isn’t it? Nowadays, anything can go viral on the net in a matter of seconds, doesn’t matter if they are fake or real. With improving, technologies people are becoming more techno-friendly and using various skills to edit the pictures and they are doing it so perfectly that anyone could easily be fooled.

Check This List Of fake viral pictures from the Internet that fooled us into believing that they are real:

1. This picture of a tied up lion to film the intro of  MGM is totally fake as this picture belongs to 1970 and the lion is going through a CAT scan.

2. Someone photoshopped the bag of marijuana in place of easter eggs in this astronaut’s hand. 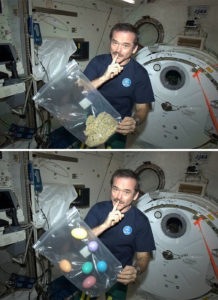 3. They have turned this cute little kitten into an angry one by adding eyebrows. 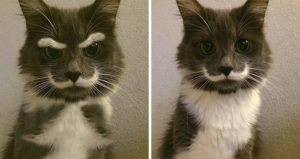 4. Just a time ago a picture of this amazing rice wave surfaced the internet but the actual reality is that it’s a photoshopped image and the rice wave is a sculpture from a fake food shop. 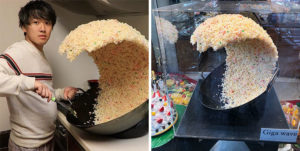 5. The heartbreaking image of a child sleeping between the parent’s grave is actually staged by the photographer.

6. Another fake viral picture that has been surfacing the internet. 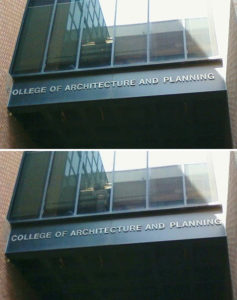 7. Well, this one is undoubtedly hilarious but this is also a fake one. 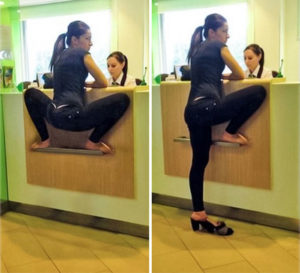 8. A castle on the top of a rock is actually fake and it’s a mixture of two pictures. 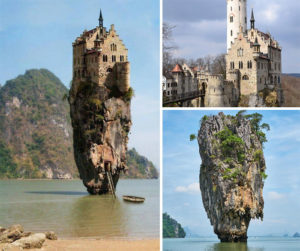 10. I know you must be really disappointed to know that this picture is actually fake. There was no black lion, only an edited white one.