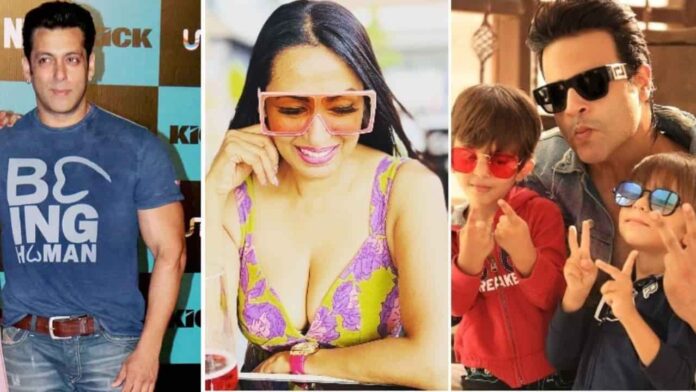 All of you must have seen ‘The Kapil Sharma Show’. People like the character of ‘Sapna’ i.e. Krishna Abhishek in the show. The producer of this show is the Dabangg Salman Khan of Bollywood. Bhaijaan is always ready to do anything for his friends.

In such a situation, now an interview of Krishna is in the headlines these days. The reason for this is one of his statements given in this interview.

Recently, in an interview given to Manish Paul, Krishna said that Salman Bhai has a big hand in having my child. Brother very much wanted me to have children. Krishna also told during this conversation that he had first informed Salman Khan about the birth of his twins.

Krishna said that I love Salman Khan very much. He is like my elder brother. Once when I went to his birthday party he told me that now you and Kashmera should become parents. So when I had kids, I first called Salman Bhai.

In this interview, Krishna also spoke openly about Mama Govind . He had said that he misses his maternal uncle and wants his children to play with Govinda.

Let us tell you that Krishna married actress Kashmira Shah in the year 2013. In the year 2017, both the parents were made with the help of surrogacy. Kashmira gave birth to two twins.

Krishna and Kashmera’s bonding with Salman can also be understood from a recent video shared by Kashmera. Kashmera had shared a video of Salman on her Instagram account, in which she is greeting him at the trailer launch event of Marathi film ‘Dharmaveer’.

Recently, Krishna also shared photos from the wrap-up party of ‘The Kapil Sharma Show’ on social media. In this, other people of the show were also seen with him.