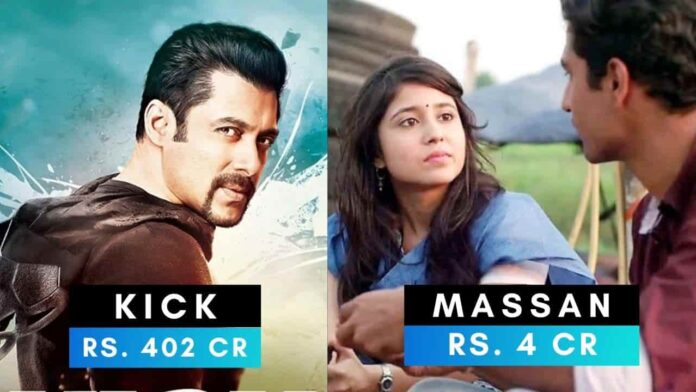 We continue to blame Bollywood for delivering mediocre films that are backward, misogynist, sexist, or simply poorly written or produced. Is it, however, only the fault of Bollywood for bringing us such inane films? What about the rest of us, the audience? Isn’t the crowd a big part of what makes Bollywood’s bad movies so popular? Aren’t we part of the problem with Bollywood’s mediocrity? We compared some horrible movies that the audience watched and labelled as “blockbusters” to some good films that the people refused to watch!

4. Rohit Shetty’s SRK-Kajol starrer might have made a lot of money, but it wasn’t even close to the brilliance of the Kanu Behl starrer.

5. Atrocious love story of Himesh Reshammiya made 4 times the amount of money than Abhay Deol starrer.

10. Prabhudheva’s another misogynist movie that beats smaller yet better-made films.

Do let us know what you think – is it only the Bollywood or even the audience need to be blamed for mediocrity in the Indian movies?