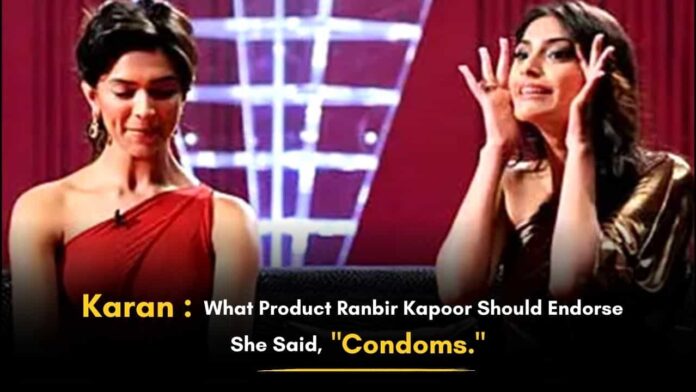 Shah Rukh Khan is well-known for his gentlemanly demeanour. However, admirers admire the actor’s comedic timing and insightful comments. When SRK, one of the most famous guests on Koffee With Karan, delivered a cheeky answer to host Karan Johar’s question, he made headlines. When Karan Johar asked Shah Rukh what he would do if he worked up and realised he had transformed into Karan Johar, Shah Rukh replied, “What would I do?” In response, the superstar stated that he would rather wake up ‘with’ Karan Johar than waking up as KJo.

Tusshar Kapoor is an actor who prefers to avoid controversy. Tusshar, on the other hand, made remarks that upset actress Preity Zinta during his appearance on the Karan Johar-hosted show. Kapoor was asked in the rapid-fire part which actress springs to mind when he hears the word “Botox.” Preity was his moniker, which offended the Kal Ho Naa Ho actress. Tusshar later expressed regret, but the damage had already been done.

During his debut appearance on Koffee With Karan with his Band Baaja Baaraat co-star Anushka Sharma, Ranveer Singh made some unflattering remarks. Singh had told Anushka during one of the portions, “Do you want your a** pounced on? I’m standing right here.” Sharma was taken aback by Ranveer’s remarks and responded, “Don’t talk to me like that.” In another appearance in 2018, the Jayeshbhai Jordaar actor made a joke about Kareena Kapoor Khan on the show when he appeared with Akshay Kumar. “While watching Kareena Kapoor swim, I transformed from child to boy,” he added.

Deepika Padukone made some contentious words regarding Ranbir Kapoor on the third season of Koffee With Karan. She arrived with Sonam Kapoor and discussed her ex-boyfriend Ranbir Kapoor. “Ranbir has to work on his boyfriend skills,” Padukone stated, mocking the Brahmastra actor. “Condoms,” Deepika responded when Karan asked her what product Ranbir Kapoor should endorse. Deepika’s words did not sit well with Ranbir’s parents.

On the third season of KWK, Kareena Kapoor appeared alongside her husband Saif Ali Khan. Kareena was asked by KJo to say one question she’d like to ask Priyanka. “Where did she get her accent from?” the Laal Singh Chaddha actress wondered. During her appearance on the show, PeeCee responded. Years later, the divas returned for one episode of the show.

Kareena’s query regarding her accent was answered by Priyanka Chopra, who co-starred with Shahid Kapoor on the third season of KWK. “The same location her guy gets it from,” PeeCee remarked in her response. During that time, Kareena was dating Saif Ali Khan. Kareena and Priyanka have appeared together on KWK years later. They had made an olive branch gesture.

On the fourth season of KWK, Emraan Hashmi appeared as a guest. He was accompanied by his uncle Mahesh Bhatt. When asked to name one individual who comes to mind when the word “plastic” comes to mind, Hashmi picked Aishwarya Rai Bachchan during his presentation.

Sonam Kapoor, who appeared on Koffee With Karan with her father, actor Anil Kapoor, made some contentious statements. She equated an actor’s brilliance to their appearance in one episode. “The trouble with this industry is that if you aren’t beautiful looking, they think you are a fantastic actress,” Sonam explained.

Twinkle Khanna is well-known for her smart and humorous reactions. “What does Akshay have that the Khans don’t?” KJo had asked her when she appeared on the chat programme with husband Akshay Kumar. And her response was incredible! “Some extra inches,” she had remarked. Khanna then clarified, saying, “I meant his feet.”

The KWK episode starring Saif Ali Khan and Kangana Ranaut is one that no one should miss. During the marketing of Saif Ali Khan’s film Rangoon, the actress appeared on the show. When asked which personality in the industry has given her an unwanted attitude, Ranaut named Karan Johar. She also labelled him a “Hollywood mafia” and a “flag-bearer of nepotism.”