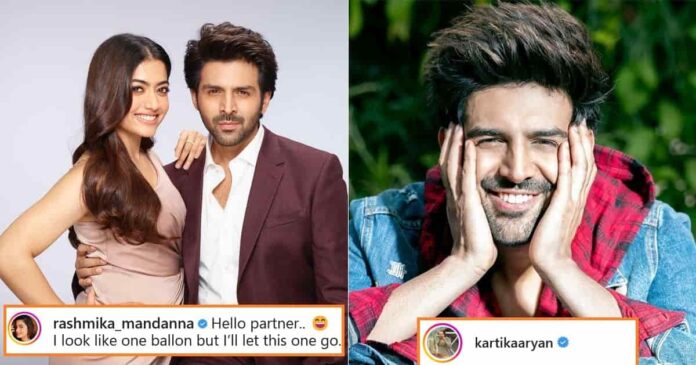 Since he entered the industry, Kartik Aryan has maintained a devoted following. He has carved out his own niche in the entertainment world despite being born into the middle class and turning into everyone’s fantasy.

Even though he is an outsider, he has carved out a space for himself, and as a result, he has captured everyone’s attention with an exceptional performance alongside Kiara Advani in the Bhool Bhulaiyaa spinoff from 2007. Even the critics admire his performance.

While still basking in the fame of Bhool Bhulaiyaa 2, he recently signed up for another significant project with T-Series: the third episode of the romantic drama “Aashiqui.”

Kartik Aaryan will have a great obligation to uphold in making the third instalment a success, even if the first and particularly the second were blockbusters.

He has just obtained the campaign for the well-known cosmetics brand WOW and has since begun to become quite active in the endorsement market. Together with Rashmika Mandanna, the subject of the popular national crush in India, the actor is promoting the newest line of WOW Skincare products.

But when they referred to each other as “partners” and even had flirty online conversations, their partnership drew everyone’s notice. It also fueled rumours that Rashmika might star as the main female character in Aashiqui 3. However, their discussion did lead to a lot of rumours.

On Thursday in New Delhi, Rashmika Mandanna and Kartik Aaryan participated in a brand photo session. However, their Instagram exchange caught our eye. Kartik remarked on the picture with a red heart, “

“Hello, partner… I look like one balloon but I’ll let this one go”

More than 2 million people liked and commented on Kartik’s article. Director and choreographer Farah Khan also witnessed it. Her answer was,

Many of Kartik and Rashmika’s supporters commented on the same thread praising their chemistry.

However, some followers and admirers on social media couldn’t help but comment on Aashiqui 3. Fans expressed their wish to see Kartik and Rashmika together on film because the upcoming romance comedy hasn’t yet cast a female actor.

Professionally, Kartik Aryan will appear in Rohit Dhawan’s Shehzada, the authorised Hindi translation of the upcoming Telugu film Ala Vaikunthapurramuloo, which stars Allu Arjun in the lead position.

Currently, Kartik and Kiara Advani are filming his upcoming movie, Satyaprem Ki Katha. He just told me he signed “Aashiqui 3,” which will be helmed by Mohit Suri.

Rashmika Mandanna, on the other hand, will make her Bollywood debut in Amitabh Bachchan’s Goodbye. The actress will also be seen in Sidharth Malhotra’s Mission Majnu.

Additionally, she has committed to appear in the film Animal, directed by Ranbir Kapoor and starring Anil Kapoor in the lead role. Alongside Allu Arjun, she will appear in Pushpa: The Rule.