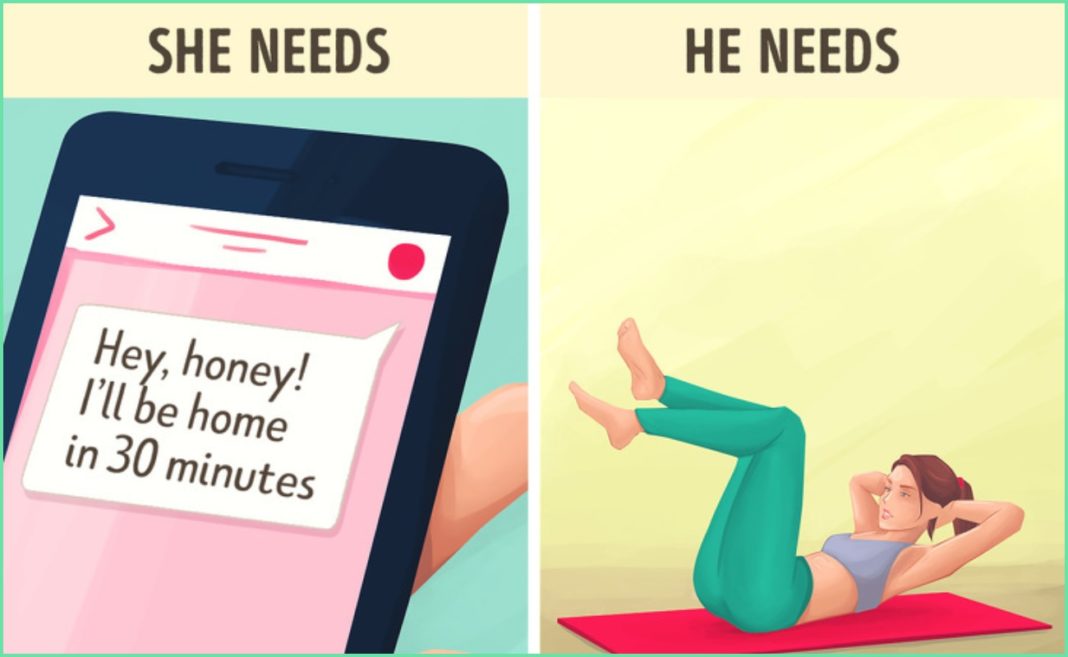 When building a family, everyone wants to be happy in their marriage. And one of the criteria for happiness is marital fidelity. Willard F. Harley, Jr., Ph.D., a clinical psychologist and marriage counselor conducted an experiment with more than 800 couples and found out that men and women have basic needs that should be satisfied in order to decrease the chances of infidelity.

We at TEI read Willard F. Harley Jr.’s book His Needs, Her Needs: Building an Affair-Proof Marriage and we want to share the information about which needs, according to Hartley, should be satisfied to ensure that the couple is happy and the partners don’t want to change anything.

It’s not just about tenderness, but also about attachment and love. These feelings can be expressed in multiple ways: kissing and hugging, flowers, calls, and general caring gestures. All these things make a woman feel protected and comfortable.

Women often underestimate men’s strong need to have sex. Willard F. Harley thinks that men’s need for sex and women’s need for tenderness are connected. If a man doesn’t show any love or tenderness, there are chances that he won’t get any sex. And vice versa, if a woman doesn’t let a man have sex with her, he won’t be tender with her.

2. Her need to talk and his need to have a friend for hobbies and entertainment.

Women need their men to listen to them and give them feedback about what they say. In courtship, the couple happily meets each other and talks. For women, it’s very important to have the same thing in their marriage. Willard F. Harley found out that in order to feel satisfied, women need about 15 hours of men’s attention per week. This is a little more than 2 hours per day.

Women often share their partners’ interests while dating: they go fishing, watch hockey, and so on. In marriage, they either try to get their partners enjoy what they like or let their husband do what they like alone. But for men, it’s very important that their wives are good companions. According to the psychologist, relaxing with their wives is the second most important thing for men.

3. Her need for honesty and his need to have an attractive wife.

Women’s trust is based on the honesty of their partner. That’s why, in order not to lose their trust, it’s very important for a man to be honest even with the smallest details.

Let’s be realistic: men can’t appreciate their wives only for their intelligence. They also need them to be physically attractive.

We might say that there is never enough money but there is a certain amount necessary for life, stability, and feeling safe. This is what the scientist means.

Men encounter a lot of problems and tasks every day that need to be solved regularly, so it’s very important that they have a tidy and orderly place where they can rest. This need is so strong that they even dream about it.

5. Her need to have a husband who is a good father and his need to be admired.

It’s important to women that their husbands are good role models for their sons and the image of a perfect man for their daughters. Also, men need to take certain responsibilities in the development and education of their children.

It’s important for men to be proud of themselves and realize that their women admire them. Sincere admiration is a serious motivator for men. It inspires them to do even more.

Do you agree with the scientist or do you have a different opinion? Tell us in the comment section below!

Also, Read 15+ Photos That Prove Japan Is Not Like Any Other Country