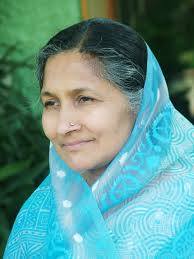 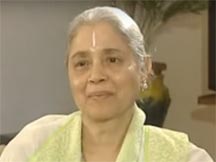 Indu Jain, the chairperson of India’s largest media conglomerate Bennett, Coleman, and Co, is the second richest woman in India. Her net worth is $2.6 Billion.

Vinod Rai Gupta, the widow of Qimat Rai Gupta, who created the multinational electrical equipment company Havells, is number 46th in the list of ‘richest Indians’. Vinod and her son Anil are running the company and their net worth is $2.5 billion.

Leena Tiwari is the heir and chairman of USV Pvt Ltd. USV specializes in the diabetic and cardiovascular drug. Leena Tiwari’s net worth is $2 Billion.

Founder of biotechnology company ‘Biocon’, Kiran Mazumdar-Shaw is a self-made woman entrepreneur who is making India proud. Kiran’s company Biocon produces and sells affordable medication for the treatment of chronic diseases such as cancer, diabetes, and autoimmune disease. Kiran Mazumdar-Shaw is worth ($655 million). Smita Crishna-Godrej has got a rank of 810 on the list, with a net worth of $2.2 billion.Smita Crishna-Godrej is making her maiden appearance on the billionaires’ list by virtue of a one-fifth stake in family assets. Her brother Jamshyd runs consumer goods firm Godrej & Boyce. Her husband Vijay Crishna, a well-known theater actor, and daughter Nyrika, work in the group. Two years ago, Crishna-Godrej made news when she bought a heritage bungalow that once belonged to Homi Bhabha, India’s atomic energy pioneer, for $60 million

Anu Aga was the chairperson of Thermax Ltd, an energy and environment engineering company from 1996 to 2004. After retirement, she is now focusing on social work. Her net worth is estimated around $790 million.

She joined the company, which was run by her husband, in 1985, and took charge as chairperson in 1996 after the death of her husband. She was ranked 94th on the Forbes list of richest Indians. She is also a co-founder of Teach for India, a not-for-profit organization that recruits people to teach in schools for low-income kids.

Shobhana Bhartia is the chairperson and editorial director of The Hindustan Times media group. The group runs an English daily and a Hindi daily of the same name and a business paper, Mint.

The group also owns four Fm radio stations across the country and many prominent websites, including the job portal Shine.com. Bhartia is the granddaughter of industrialist KK Birla. She joined Hindustan Times in 1986 as the chief executive.

With a net worth of $645 million, she had ranked 93rd in the Forbes list of powerful women last year. She is the pro-chancellor of the renowned Birla Institute of Technology and Sciences – Pilani.

Vidya along with her son Narendra Murkumbi has a net worth of $490 million. They own Shree Renuka Sugars, one of the fastest growing sugar companies in the country based in Belgaum, Karnataka. It has a refining capacity of 4000 tonnes a day.

Shree Renuka Sugars has 21% market share in India’s fuel ethanol market. The company founded in 1998 had bought a Brazilian sugar company for $82 million. She was ranked 93rd on the Forbes list of richest Indians.

Managing Director of Sun TV network, Kaveri Kalanithi is one of the highest paid business women in India. She is the wife of the media tycoon Kalanithi Maran. In 2014, her compensation package was around $11 million.

Sun TV network is a Tamil satellite television station launched on April 14, 1993. Founded by Kalanithi Maran, Sun TV is one of the most viewed entertainment channels in India.