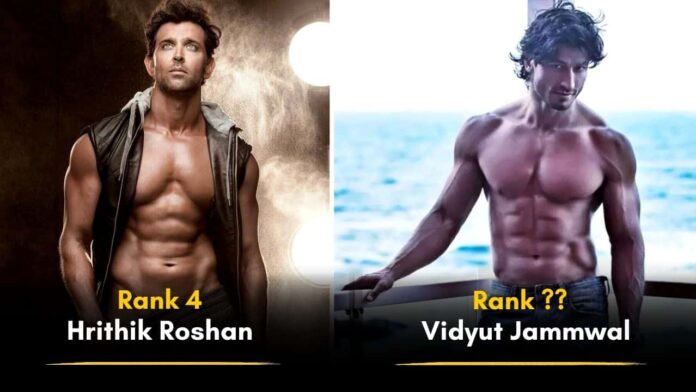 Lately, Bollywood has taken on the appearance of a gym. This is considerably different from 1990s Bollywood, where being in shape was a plus rather than a requirement, as it is in today’s Bollywood. Every single person exercises and follows a strict diet.

Being ‘genuinely fit’ and powerful in a large group of fit people is no easy task, and it requires years of dedicated training. Here’s a list of Bollywood’s 7 fittest actors, who can not only ‘look fit,’ but also kick ass in a genuine battle.

Dino Morea keeps a quiet profile, but it hasn’t stopped him from achieving his fitness goals. He’s in great shape and crushes bodyweight workouts like nobody’s business. If this man ever gets into a fight, his opponent should be wary since he’ll be up against a formidable opponent.

John Abraham, another member of the OG fit guys’ club and an ex-supermodel like Dino, attained the pinnacle of fitness decades ago and continues to do so now. No one exactly fits the bill when it comes to having a jacked physique with impressive muscular mass like John, and it’s only possible with a steel core and incredible strength. I’m not sure anyone would want to engage in a battle with this absolute unit of a man.

Okay, because of how calm and composed this man is all of the time, this name may seem a little strange here, but we have our reasons for putting him here. Isn’t there a race called the Ironman Triathlon? In 16 hours, he finished the Ironman Triathlon in Zurich, which featured a 42.2 km run, 3.8 km swim, and 180.2 km cycle ride. Milind completed the triathlon in 15 hours and 19 minutes when he was 50 years old, almost 5 years ago. Even at the age of 25, how many fit people can accomplish it? When he did it, he was 50 years old. Imagine his strength and endurance! He’ll hold his position and won’t back down until his opponent is defeated.

Every man has wished to be able to dance like Hrithik Roshan, as well as to be Hrithik Roshan himself. Why shouldn’t we do it? Take a look at him! He has the appearance of a Greek God, moves like lightning, and has the body of a ripped angel. With his fitness levels and charisma, this man has reigned over the hearts of men and women alike since the days of Kaho Naa Pyaar Hai. Take a peek at one of his numerous makeovers to see how unafraid he is of hard work and how he can train like a beast. Taking him on one-on-one? Best of luck!

When it comes to dancing, Tiger Shroff refers to Hrithik Roshan as his ‘Guru,’ and when it comes to making a Guru proud, everyone is reasonably certain that Tiger has done so admirably. Tiger’s fitness levels are unsurpassed, from his sculpted AF physique with single digit body fat % all year to his dance talents, which may even put Hrithik to the test on occasion. To top it off, he’s a martial arts master. His ferocious flying kicks and effortless gravity-defying feats will ensure that he is a force to be reckoned with in a fight pit, and that he will not back down under any circumstances. Is there ever going to be a Bollywood adaptation of Mortal Kombat? If they do, we all know who will undoubtedly be cast.

Mr. Akshay Kumar, Bollywood’s original action hero, takes the second slot. Yes, he’s 54, but it takes something unique to hold the title of highest-paid action star in the United States for decades. He performs his own stunts and is a master of seven deadly martial arts. His stunts are all genuine and not’manufactured,’ and it’s been confirmed that he follows a tight regimen similar to that of a military dictatorship in order to be able to do so without breaking a sweat. All we can say is that if somebody tried to fight him one-on-one in a ring, he’d be an utter ‘khiladi.’

And it’s none other than Vidyut Jammwal who takes the top slot. Anyone who understands fitness and strength can look at this man’s remarkable skillfulness and declare him the clear winner in a matter of seconds. Vidyut lives up to his name, which means ‘electricity/current,’ by being an anatomical marvel and being able to move his body in almost superhuman ways. Because of what he’s made of, he’d fit perfectly in as a marine/ninja/soldier if he weren’t an actor. Only someone with a death desire would engage in a fight with this man one-on-one.

Who else do you believe should be included on this list? Let us know what you think in the comments!