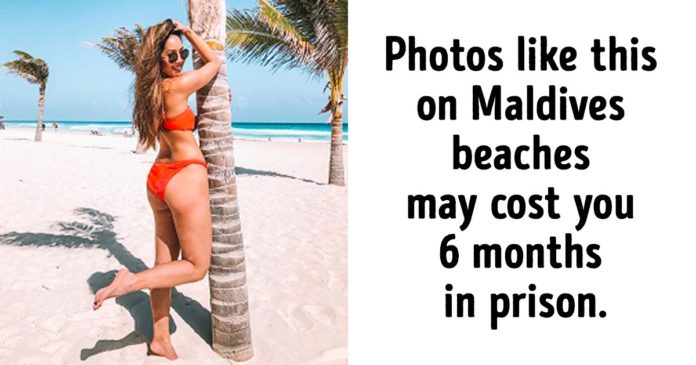 Almost everyone knows it is better not to take shells and pebbles with you when you leave Egypt and Turkey. These bans are necessary to prevent tourists from taking away all the souvenirs from beaches and coral reefs as well as preventing them from grabbing a historic item. But even with other ordinary stuff that almost everyone has, we may face problems.

Banned to take out of the country

Travelling abroad is a perfect shopping opportunity. But you have to be careful with the marks on clothes in Italy and France. These fashion countries are worried about their reputation: It is forbidden to export fake brand products and clothing. In Italy, a violator could get €7,000 fined. Note that customs officers can “be interested” in your shirt or bag on your way home while you’re packing your belongings. It is best to ask a retailer while shopping in popular Milan and Paris to provide you with all the proper documentation that shows the items are original.

If you are trying to take them from Brazil or Vietnam, a wallet or belt may even be required to be left under customs control. Any products made of ostrich and crocodile skin are prohibited there. There is only one exception: certain products which were purchased in special approved shops. So you’ll have to give the correct paperwork to customs officials. All countries that joined CITES, a convention to protect endangered plants and animals, are bound by those laws. For eg, if you’re trying to take a wallet from Brazil made of crocodile skin, you’re going to risk spending a year in jail.

Books can also be difficult to sell. It is forbidden to take any books out of Tajikistan without permission; your books will be checked in Cuba to make sure they have no library stamps on them, and Italian customs must ensure that your books are not older than 50 years, otherwise, they will be considered historically important.

Throughout Mexico and Brazil, armbands, pendants, and brooches can be seized. Of course, not all products are protected by the rule: customs officers may only show concern if you have things made from tortoiseshell, feathers or ivory.

Nearly all countries do have drug export rules. Packaging should not necessarily be transparent, and the names should be legible. Both medical goods will have a prescription too. Also, don’t try to take traditional medicines worth more than 300 yuan out of China: customs officers will view it as an export for a potential sale.

In India taking local coins with you may be a bad idea. Crossing the border with rupees is prohibited: You will either have to spend all your cash or swap it.

Australia really takes its icons seriously. So souvenirs made from kangaroo skin or fur can only be taken for personal use, for example. Tourists outside of Australia won’t be able to sell or exchange them.

We all enjoy taking pictures at beautiful beaches and selfies where exotic nature surrounds us. In a bikini, almost every tourist has pictures of himself. But if a photo or bikini is too provocative it will be viewed as offensive by customs officers in countries where Islam is an official religion. Those countries include Iran and the Maldives.

There are strict rules: You should only wear a bikini on private beaches. Those rules also do not extend to entire islands where hotels are located. But if you’re going to a public beach or area, it’s best to leave your swimsuit at home, preferring clothes that cover your legs and shoulders. Nevertheless, it is recommended that you learn about the strict rules which apply even to private territories in the Maldives. Anastasia Volochkova, the famous ballerina has been fined for her nude photoshoot.

Punishment can be serious, really. If they consider your files objectionable, the government will charge you $1,000, or even send you to jail. Locals often go to prison from time to time for these offences, and all citizens in the country have to adhere to the laws.

Banned to bring into the country

Singapore is a country which is prohibited from chewing gum. Only if you have a prescription can you buy this in a drugstore? Chewing gum in the streets is also not recommended because fine can be pretty serious.

Israel does not allow you to import anything that might be connected with gambling. And if you’re packing football, instead of playing cards, you’d better take the chess.

If you want to go to North Korea, do not bring with you GPS and communication tools. Without permission, you will not be able to cross the border with them. You’ll also need your cell phone to sign.

The UAE is known for its strict customs laws. All products labelled “Made in Israel,” for example, are prohibited there. So, before your flight, you’d better test out all of your makeup items.

In Norway the import of batteries and power banks is limited. Anyone who flies there typically have to make sure they’re on the safe side: the thing is, Norway doesn’t have a full list of banned things. It is safer to refer to customs officers if you have any doubts. Otherwise, you might become a smuggler.

Some countries don’t want people trying their luck. In the Philippines, for example, it is prohibited to carry lottery tickets there.

The way in which France and Italy care for their image when it comes to fashion has always inspired us. Have you ever encountered any difficulties or uncomfortable situations when you were going through customs control?

Also, Read How Popular Supermodels Have Changed Since the World First Noticed Them