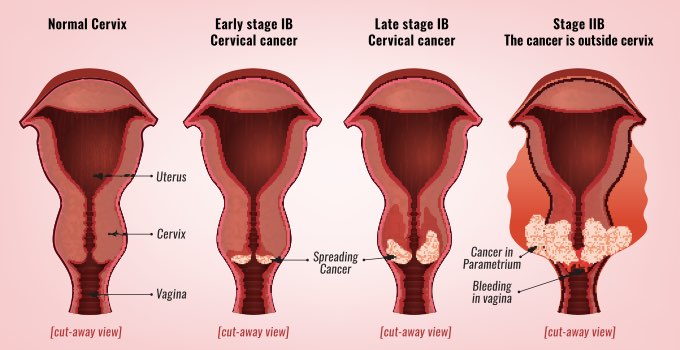 Here are some of the diseases that can befall in the female reproductive system!

This condition is formed when the ovaries produce high levels of hormones androgens. This increase in hormone levels can prevent the ovulation process and lead to cysts in the ovaries. It can also cause infertility by affecting ovarian release in the menstrual cycle.

What are the earliest signs of PCOS? Some symptoms are acne, hair loss, no periods at all, pain in the pelvic region, weight gain, and increased hair growth or body growth.

There is no cure for this disease of the female reproductive system yet, but the production of hormones can be controlled, and the skin eliminated with hormone therapy.

Sexually transmitted diseases in women can cause additional complications and other conditions of the female reproductive system, such as PID, HIV/AIDS, human papillomavirus (HPV), syphilis, gonorrhea and herpes (HSV).

Infections such as syphilis, chlamydia, genital herpes, and gonorrhea if left untreated, will cause swelling of the pelvis.

PID can scar the fallopian tubes, increasing chances of infertility or ectopic pregnancy if the egg is implanted into the uterus after fertilization.

Vulvovaginitis is a term for infection and subsequent inflammation of the vulva or vagina tissues. This is due to many reasons, such as poor hygiene, sexually transmitted diseases, viruses, yeasts, and bacteria.

The appearance of a smelly vagina, unexpected vaginal discharge, irritation, and inflammation around the vagina and difficulty during urination may indicate the presence of vulvovaginitis.

Antibiotic or anti-fungal properties can be used to remedy this.

Ovaries are used to develop and mature ovules during the menstrual period.

The cysts can form on the outer or inner surface of the ovaries. These cysts are filled with fluids and are not unusually harmful.

This often occurs and usually disappears over time without the need for treatment.

However, in some cases, these cysts may become a severe problem with the occurrence of torsion or ovarian rupture.

It is essential to schedule regular basin checks to help identify harmful ovarian cysts at an early stage.

The abdominal cavity in women, unlike men, is susceptible to infection and inflammation because it is open to the outside atmosphere through the reproductive tract.

There is a possibility that bacteria penetrate the vagina and travel the uterine tubes, causing inflammation.

Any infection that follows this path can cause pelvic inflammatory disease.

More cases of inflammation can block uterine tubes and cause infertility.

Endometriosis and adenomyosis are two diseases of the female reproductive system that are caused by abnormal endometrial growth. The endometrium is the tissue that controls the uterus or uterus.

When this tissue is formed in other parts of the female reproductive system, such as the outside of the uterus, ovaries or fallopian tubes, this condition is called endometriosis. If growth occurs in the muscles around the uterus, it is called adenomyosis.

Because all endometrial tissues are pushed out of the body with the end of the menstrual cycle, abnormal growth can cause cyclical pain in the abdomen or pelvis.

This type of cancer begins in the ovaries and can spread to the pelvis and abdomen.

What are the early signs of ovarian cancer? Some symptoms are constipation, regular urination, abdominal discharge, pelvic pain, weight loss, and abdominal bloating.

Chances of occurrence are higher in people who have a family history of Lynch syndrome, breast or ovarian cancer.

The difficulty of conceiving a child after trying a considerable amount of time may indicate infertility. Irregularities during or out of the menstrual cycle may indicate a lack of ovulation. The reasons for infertility are varied and can be caused by other diseases of the female reproductive system. Ovulation disorders, such as irregularities in hormone production or ovarian problems, represent 25% of cases of infertility.

Endometriosis, damage to uterine tubes, uterine tubes, or cervix can also cause infertility. There are different ways to induce pregnancy, such as fertility medications, surgery, or a way to help fertilize the egg.

Sometimes tumours can grow in the muscular wall of the uterus; however, these tumours are not cancerous.

These are called uterine fibroids and can cause increased urination, lower back pain, severe bleeding, and pain during menstruation, pain during intercourse, spontaneous abortions, and infertility.

Surgery and methods of pain relief are used to treat this condition. Centres for Disease Control and Prevention (CDC) says that about 20% of women under the age of 50 develop such tumours.

Sexual dysfunction of women, while not one of the common diseases of the female reproductive system, occurs when a person is not stimulated during sexual intercourse.

Other accompanying symptoms may include reduced sexual desire, difficulty in excitement, anorgasmia, and pain during intercourse.

Treatment depends on the factor that causes it. Techniques to increase genital stimulation, reduce pain during intercourse, promote physical familiarity, and distract the partner’s attention can be used to remedy the situation.

This is rare, but the deadly disease is caused by a toxic release in the body from a bacterial infection that can develop if a tampon is left too much in the vagina.

This condition can cause signs such as high fever, diarrhea, vomiting, and shock.

Yeast is a fungus. An infection with vaginal yeast is also known as candidiasis.

Abnormal down there bleeding is blood flow from the vagina that happens either at an inappropriate time throughout the month or in inappropriate amounts.

Any woman who assumes she has an irregular menstrual bleeding pattern should always see a doctor.