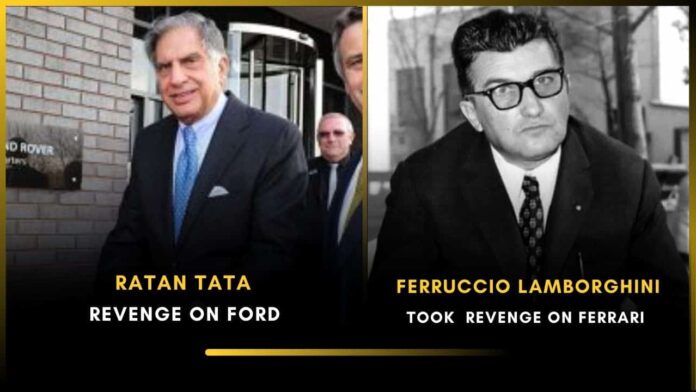 People frequently make assumptions about people based on how they appear, dress, or speak. However, there have been other instances where ordinary-looking people have been humiliated, and in response, they have done something shocking to the world, proving that’success is the finest form of revenge.’ The following are five of those tales:

The tale of the humiliated farmer

Kempegowda RL, a farmer by profession who lives from Karnataka’s Chikkasandra hobli, was escorted away by Mahindra dealership sales personnel last month when he sought to book a Bolero pick-up truck for him. He returned 30 minutes later with ten lakh to buy his dream car and seek retribution after being insulted.

It all began when one of the executives mocked the areca nut farmer, claiming that he wouldn’t have “Rs 10 in his pocket,” let alone Rs 10 lakh for a car. They were little more than a group of window-shoppers to him.

The farmer and his buddies dared the sales executives to deliver the car “today itself” if they brought the cash before leaving the showroom. They were given permission to proceed. “He felt we wouldn’t be able to come up with so much money because the banks were closed,” Kempegowda told TOI.

Finally, the sales representative apologised to Kempegowda. “I’m not interested in buying a car from your store,” the farmer stated as he walked away with his ten lakh.

Anand Mahindra, Chairman of Mahindra & Mahindra, replied to the situation after it was shared on social media. The farmer was then given the automobile. This case has piqued the interest of the entire country.

On January 28, Mahindra Group issued an update on the matter, apologising to the client for his treatment. “As promised, we’ve taken the necessary steps, and the situation has been rectified.” “We applaud Mr Kempegowda for choosing to work with us and welcome him to the Mahindra Family,” the business said in a tweet.

How The Iconic Taj Hotels Came To Be

Last year, Taj Hotels, one of the world’s most opulent hotels, had its excellence and hospitality recognised on a global scale when it was named the Strongest Hotel Brand in the World by Brand Finance.

But did you know there’s a lovely storey behind the establishment of India’s most famous hotel? Jamsetji Tata, the Tata Group’s founder, once travelled to Britain to meet one of his British friends, but when he arrived at Watson’s Establishment to meet him, he was refused entry because the hotel was exclusively open to ‘whites only’ at the time. Indians are welcome to stay at the hotel, according to the manager. This was seen by Jamsetji Tata as an affront to all Indians, therefore he resolved to establish a hotel where not only Indians but also foreigners could stay without restriction, and thus India’s first super-luxury ‘Taj Hotel’ was born.

Despite several ups and downs following the 2008 Mumbai terrorist assault, the Taj luxury hotel group scored highly on Brand Finance’s ‘Global Brand Equity Monitor’ for consideration, familiarity, recommendation, and reputation, particularly in India. The Taj Mahal is now a popular tourist destination not only in India but around the world.

Ratan Tata arrived in Detroit in 1999 after seeking guidance from other Tata Group members following the collapse of his dream project, the ‘Tata Indica,’ India’s first indigenous car, which was debuted in 1990. However, what was regarded as a watershed moment at the time didn’t have the intended results. Tata Motors chose to sell the automobile division due to poor sales.

In Detroit, he was humiliated when Bill Ford, Ratan Tata, and other top executives were told by Ford, “When you don’t know anything, why did you start the passenger car division at all?” in a meeting with the chairman of Ford, Bill Ford. Ford did not stop there; he went on to say that they are buying Tata Motors’ automobile division, but that it will be in Ford’s favour.

Ratan Tata opted not to sell the automobile division after the discussion, and he returned to India to focus solely on Tata Motors, working even harder.

The tables were reversed after nine years, and Ratan Tata seized his opportunity. The clock swung full round after Tata’s humiliation in the United States in 1999, and he exacted delicious retribution on Ford. By purchasing Ford’s famed Jaguar and Land Rover brands for $2.3 billion, the salt-to-software conglomerate embarrassed Ford, which was on the edge of bankruptcy following the 2008 global financial catastrophe.

“You are doing us a great favour by buying JLR,” Ford chairman Bill Ford said to Ratan Tata. Tata not only bought JLR, but also made it into one of their most profitable businesses.

A farmer’s son and Ferrari

Ferruccio Lamborghini was the son of a grape-growing farmer. After serving in World War II, he founded a tractor manufacturing company, which grew to become one of Italy’s leading agricultural equipment producers.

Ferruccio has always been a sports vehicle and racing enthusiast. In 1958, he purchased a Ferrari 250 GT two-seater coupe. This automobile has some problems, according to Ferruccio. Why not inform the company so that it can improve its vehicles? he reasoned. This was also done by Ferruccio. However, Ferrari was one of the few businesses in the 1960s that produced the best sports car.

Enzo Ferrari (Ferrari’s founder) was well-known and proud of his surname. Because of his pride, he not only disregarded but also ridiculed the young tractor mechanic Ferruccio, saying, “The fault is not in the car, but in the driver who drives it.” It is preferable to concentrate on your tractor business rather than on autos. Ferrari stated in his response that Ferruccio has no expertise of the car and that his is the best.

Ferruccio was irritated by Ferrari’s remark, and his intellect was damaged as a result. This anguish sparked a fresh concept in his head. He realised that he needed to turn his passion for cars into a company and create vehicles that could compete with Ferrari. Soon after, Ferruccio began work on the new car’s design.

He debuted his Lamborghini 350 GTV at the Turin Motor Show in October 1963, after four months of hard effort. Ferruccio Lamborghini’s new car drew a large number of sports car fans, laying the groundwork for his future success.

Ferruccio Lamborghini never looked back after the victory of the 1963 Turin Motor Show. His car, the 350 GT, was introduced to the market in 1964 and was a huge hit. Ferruccio Lamborghini competed with Ferrari with this new car because the price of his car was the same as Ferrari’s.

Maharaja Jai Singh Prabhakar was the monarch of Rajasthan’s Alwar. An anecdote about his life is well-known. He allegedly bought the luxury company Rolls Royce’s finest vehicles and threw them away to teach them a lesson. When Maharaja Jai Singh was in London in 1920. He took off his king’s regalia and went out to see London in regular clothing one day. During this time, his gaze was drawn to the ‘Rolls Royce’ showroom. Maharaja was intrigued to a luxury car sitting inside the showroom, so he stepped inside to inquire about the car’s characteristics and pricing. The showroom employees could not recognise him now because he was dressed as an ordinary man, and the salesman insulted him and urged him to quit wasting his time.

The Maharaja was humiliated as a result of the occurrence. At the same time, he planned to purchase seven Rolls Royce cars, which he did in India. When the automobiles arrived in India by ship, the Maharaja handed them over to the municipality and instructed them to use them to transport garbage. Raja Jaisingh avenged his humiliation in the London showroom in this way. It is reported that the occurrence was so significant that word of it travelled throughout the world, causing a severe setback to Rolls Royce’s reputation, which was as pretentious and fortune-seeking back then as it is today.

Following this, the business issued a telegram apology to the Maharaja. In addition, the corporation offered him seven new Rolls Royce cars at no cost. Whatever happened, the corporation stated, would never happen again. The Maharaja then removed those cars from the garbage collection.