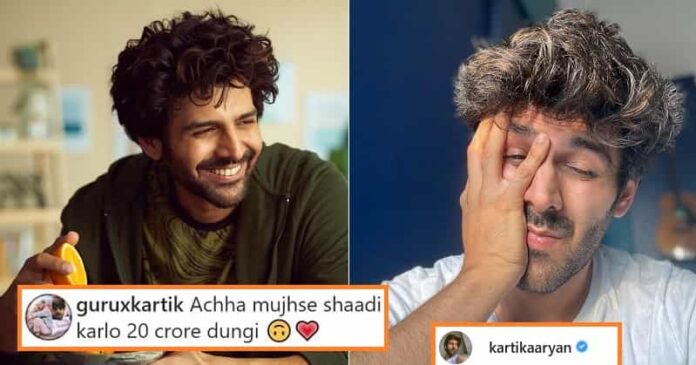 Kartik Aaryan, the worldwide sensation, is an Indian actor and model best recognised for his work in the Indian film business. Because of his wit, charisma, humble gratitude, and speaking manner, he became a national crush among mad fangirls. When he was born, he was given the name Karthik Tiwari.

He succeeded in the industry as a self-sufficient and non-nepotistic large youthful generation actor.

When the director of the 2011 film Pyaar Ka Punchnama saw him on Facebook and invited him to an audition, he jumped at the chance. The film was a box office success when it was released in 2011, earning positive reviews from both audiences and reviewers. Following this picture, however, his next two films were box office flops.

He next starred in the Pyaar Ka Punchnama 2 series in 2015, which was his first box office success. His performances in films and television were well-received. He was, however, unable to realise his dream of becoming an A-list actor.

In 2018, he starred alongside Sunny Singh and Nushrat Bharucha in the film Sonu Ke Titu Ki Sweety, which was his breakthrough role. With its greatest success, the film elevated him to the status of generational stardom. Since then, he’s done a lot in his field and hasn’t looked back. Since then, he’s gained in popularity and established himself as one of the industry’s top actors.

Kartik Aaryan has a talent for capturing the hearts of his admirers. When he accepted a one-of-a-kind proposal from a female admirer, he made her blush.

Kartik was seen in an Instagram video with Ludo’s Inayat Verma, a child actor. In the video, Inayat is seen mouthing a line from Kartik’s most recent film, Dhamaka. The video drew a lot of attention, including actor Ronit Bose Roy, who called it “sweet and adorable.”

One female fan, in particular, drew more attention than others, as she requested Kartik Aaryan to marry her in exchange for Rs 20 crore in the video’s comments section. She wrote,

It roughly translates to “if he marries her, she will give him 20 crores.”

And, in his theatrical flair, Kartik answered,

He’s asking his fan when she has to marry him with this response.

Fans were amused by Kartik’s gesture of embracing the female fan’s devotion in stride, which generated a lot of laughter from the audience.

In January, he met two girls who kept calling his name from outside his building.