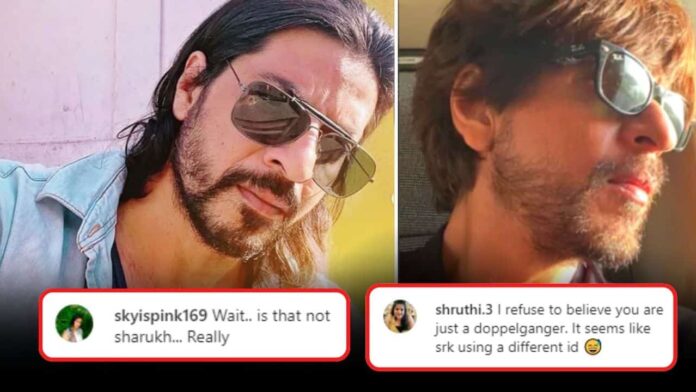 There are undoubtedly a lot of people who look like SRK, and thanks to TikTok and Instagram reels, we’ve seen a lot of people trying to appear and act like him. However, this Gujarati man named Ibrahim Qadri ended up being a Shahrukh doppelganger without even attempting to imitate him. In fact, his striking resemblance to King Khan drew the attention of everyone around him as he grew up, and it became his claim to fame. Ibrahim was recently featured on the Humans Of Bombay website, where he talked about his experiences as a doppelganger.

” I’ve never been one to be concerned with my appearance. My relatives and friends, on the other hand, were quick to point out that I looked like Shahrukh Khan. My parents were very pleased with the fact that their child had an uncanny likeness to India’s superstar. I couldn’t help but notice the attention, and as puberty arrived, I began to resemble SRK!

And that’s when the craziness started: when my friends and I saw ‘Raees,’ everyone started mobbing me for selfies, assuming the real SRK had arrived for the premiere!

Another incidence occurred when I went to the stadium to watch KKR play Gujarat Lions; everyone took out their cameras and waved at me. People applauded and chanted lyrics from SRK’s movies at me. For the first time, I felt like a ‘Badshah’ when I realised how much affection people have for SRK; it was incredible! But I quickly learned what SRK undoubtedly goes through on a regular basis; I was overwhelmed and someone grabbed me so hard that my t-shirt tore! It became so horrible that I had to call the cops to be transported out of the stadium securely. “SRK sir, ek selfie?” the cops questioned after rescuing me, he claims.

While Qadri undoubtedly enjoys the attention, he has learned from this experience that life is not always rosy for a major personality like SRK, and that seclusion is a luxury that even money cannot always afford.