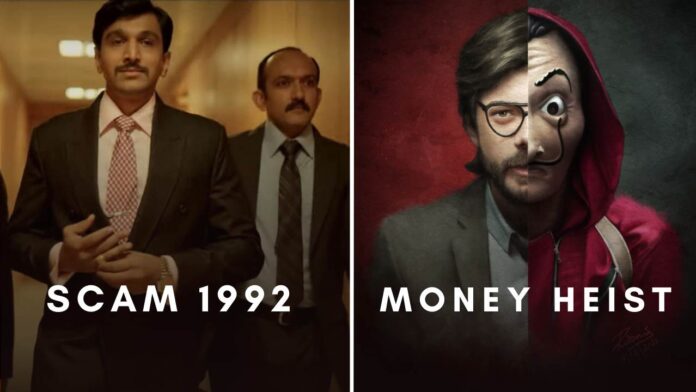 No matter how excited we are about a new episode, how pressed we are for time, or how many times we’ve heard the song, some show intros are so good, that we just cannot skip them. Like these:

Although the ending let us down, the shifting graphics that showed how the story progressed, as well as Ramin Djwadi’s magnificent composition, were impossible to overlook.

The eerie melody of the opening credits has been difficult to overlook over the seasons. That’s what you call a perfect game!

The song Bella Ciao may have been more famous. But, no matter how excited you are to see the Professor at work, Money Heist’s strong intro album, Cecilia Krull’s My Life Will Go On, is not one to be missed.

As they wrote I’ll Be There For You for F.R.I.E.N.D.S., the Rembrandts wrote the song’s fate. And this is one song for which we will always be present.

We had to Google the rest of the lyrics every time except for “And it all began with a bang.” Even so, I didn’t skip the Barenaked Ladies’ intro even once because it’s such a catchy song.

We weren’t only drawn to the opening credits because of the mandalas and photographs. Alokananda Dasgupta and Yashraj Jaiswal’s strong composition also perfectly captured the power play of Sacred Games.

The opening credits song, composed by Anurag Psychaea, is a gentle, lilting tune that had us smiling even before the episode began, just like the show itself.

These opening credits are short but not so sweet, so there’s no need for a skip intro button.

The Office’s intro theme, composed by James Ferguson, is a lot of fun and a little melancholy, much like the film. And true fans know the footage taken by Jim Halpert aka John Krasinski appears in the opening credits.

Cold Little Heart by Michael Kiwanuka so well captures the theme of Big Little Lies that it’s hard to picture any other song as the theme.

Stranger Things’ theme song, written by Kyle Dixon and Michael Stein, is the perfect fit for the show’s love of science fiction and all things 80s.

From the moment it starts playing, Nick Cave And The Bad Seeds’ Red Right Hand puts you in the mood for stylized crime and gang wars. Thomas Shelby will be proud of you!

The theme song for Patriot Act was written by Oscar and Grammy-nominated composer Ludwig Göransson, and it is easily one of the most enjoyable and strong theme songs ever written.

Achint Thakkar, the composer of the Scam 1992 theme song, has sent us a tune that is, to put it plainly, completely addictive. This theme song had made its way into mobile caller songs, Instagram reels, and everything else under the sun, so don’t miss the intro.

Although Churails comfortably tops the list of web series with the best soundtrack ever, the Churails theme song has its own following. Composer Taha Malik and lyricist Osman Khalid Butt have created a track that strikes a balance between being a resounding cry for women’s empowerment and a fun track that gets you dancing.