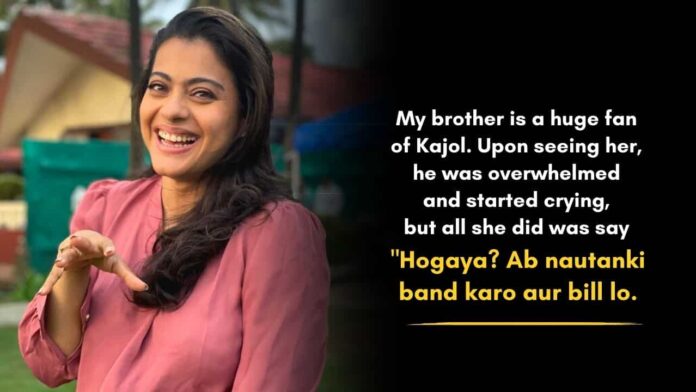 While some celebrities are renowned for their modesty and courtesy, a few others have made headlines for being nasty to their fans. People shared their most unpleasant interactions with desi celebrities in a number of threads. Read on.

“At Amer Fort, we once met Aditya Pancholi. For whatever reason, the moron was mistreating a poor guide. I didn’t stay to see what happened, but gosh, that guy is completely indecent, ill-mannered, and silly. This occurred long before Jiah Khan’s passing.”

“Mallika Sherawat shared an apartment complex with my mother-in-law. Despite being a fancy property, there was no dedicated lift for household staff.

One day, as we entered the lobby, a maid attempted to enter (probably to go to work on one of the higher floors), and as soon as she did, the actor in the room immediately spoke up and said,

hurriedly shut the door in her face. I was so startled that all I could do was stare at her when my floor finally arrived. I wish I had the opportunity to speak with her.”

“Kareena Kapoor was spotted by a friend of mine while she was filming Bodyguard on a college campus in Pune. When she entered the room, he exclaimed with excitement that he had been waiting to see her for approximately two hours.

She rolled her eyes, and said, “So?” before pulling out her phone and walking away.”

Neha Dhupia, and I’m bringing up her heyday as Julie here. Her car was parked in an open space around 100 yards from the event location. The weather changed abruptly, and it began to rain heavily. I assisted her in reaching the car safely while maintaining a safe distance because I was the only person in the area with an umbrella. Despite the Herculean effort I put forth, she didn’t even acknowledge my efforts. In addition, I accidentally broke my Nokia Xpress phone by using it to cover my head and shield myself from the rain.

“My brother is on the autism spectrum but people began accepting him as he got to work at a high-end restaurant where people encouraged him to work. He is a huge fan of Kajol and usually sees a single film of hers on repeat as it brings him joy. Yesterday, Kajol came with a couple of friends to the restaurant he worked and he was overjoyed. He usually gets back-end duties because he is good with numbers but they allowed him to handle the bill once the dinner was finished. All he wanted to say was that she brought him a lot of happiness and that he wished the best for her future. Upon seeing her, he was overwhelmed and started crying, but all she did was say “Hogaya? Ab nautanki ban karo aur bill lo.” She even complained to the manager about employing people like him. She couldn’t even say a thank you. It’s not like he interrupted you while eating.”

When I attended a wedding at a well-known hotel in Bombay, I was around six years old. I observed Rishi Kapoor getting out of his automobile as we were getting into our vehicle. As I frequently saw his film Chandni on television, I became quite delighted. My mother noticed that they were quite inebriated as I drew closer to their automobile and that Rishi Kapoor was on the verge of passing out. Randhir Kapoor spotted us as we were making our way back to the car and he called us. At this moment, he began lecturing my mother about manners while I motioned for a handshake. “Hamare ghar ke bacche bado ke pair choote hai,” he remarked, encouraging children to touch the elders’ feet.

Kaif Katrina. She asked, “Do you realise how much this costs,” when an air staff unintentionally touched her arm. She thinks nothing of herself and is quite disrespectful. She lacks kindness. This is information that comes straight from the source.

“Shabana Azmi visited the Jaipur Literature Festival somewhere in 2012, and I just so happened to meet her. I went to greet her and tell her how much I appreciated both her and her husband’s efforts. She ignored me as I stood face to face with her and continued walking as though I were a ghost. Not the slightest acknowledgement. Being the little kid I was at the time, I felt awful later. It wouldn’t bother me now, but it really affected me back then.”

“Badshah. He was in the seat next to me when we first spoke on the plane. I merely waved and grinned at him. He had on sunglasses (it was weird to wear them on the flight). I wasn’t certain if he noticed me or not. So, as I was making my way to the bathroom after a short while, I waved at him once more. Unexpectedly, he gave his bodyguard instructions, and then the bodyguard approached me and kindly requested me not to bother him. I was shocked by what I had done to warrant his request that I withdraw. That offended me.”

She is Kriti Sanon. Onscreen, she may appear innocent and sweet, but once fame enters their minds, they begin to believe they are everlasting. She merely pushed me away. Although I no longer care for her, I still wanted a photo with her for some reason. I continue to blame myself for doing it.

In Mumbai, I spotted Kangana Ranaut in a supermarket. I told her how awesome it was to finally meet her, but I refrained from being a jerk and pestering her for anything. “Oh, like you’re doing now,” she remarked. All I could utter after being startled was “Huh?” But she kept interrupting me. I heard her chuckle as I went away and carried on with my shopping. She was attempting to leave the building with maybe three to four bottles of Sprite in her hands when I arrived to pay for my purchases upfront.

She was told, “Ma’am, you need to pay for things first,” by the girl working the counter, who was very polite and professional about it. She initially pretended to be too sleepy to hear her and turn around, but eventually did so and carried them to the counter. The cashier stopped her when she took one of the bottles and began scanning it numerous times and instructed her to scan each one separately to avoid any electrical “interference,” then turned around and smirked at me. That’s not even a word, in my opinion. She began to say the final price after scanning each bottle and placing them in a bag, but she kept stopping to yawn loudly. I left the grocery store that day with a very different impression of her.”

“I met Paresh Rawal at Doha, Qatar’s Hamad International Airport. When I noticed the actor with two other people, I had just turned to look at my gate to check if the boarding process had begun. He was seated at our gate. I moved to the seat next to him. When a young woman approached him, I reached for my phone to take a picture of him. They spoke for ten minutes after she revealed that she shared his Gujarati heritage. Then, as I walked up to him to take his picture, he gave me a disgusted look and said, “Baad mein aana.” I felt insulted and astounded.