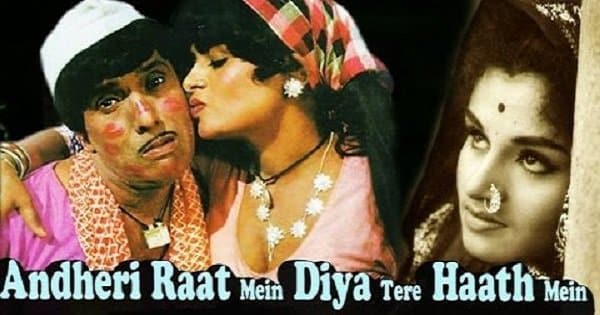 It’s a sluggish afternoon in spring. You’re at home, slouching around on your couch, but overall you’re becoming bored and looking for ways to pass the time. So why not have some fun by inviting your group of pals around to your house? You must now be thinking about how we can have fun. But suddenly one of your pack members suggests—not Damsharas, of course—that you play a round of dumb charades. While you are anticipating the game, you are also estimating your odds of winning because you can’t think of any challenging or unusual movie names for the opposing side to act out.

Don’t worry; if you have a list prepared, you can win the game. Yes, we have put together a list of the weirdest and most unusual Bollywood names that will not only have you in fits of laughter but also help you win Dumb Charades against your opponent.

Such a lighthearted title that even sounds low-budget. Your game may get off to a strong start with this.

Sounds strange. Salim is a complete badass, so why shouldn’t I feel sympathy for him?

The title is quite ironic. But this movie’s sequel might be demonetized.

No, this is not a continuation of Sholay. Despite the fact that the title could lead you to believe that Basanti is the focus of the film.

Funny how the title makes a low-level magic spell sound. But this might change everything for you.

The legal system is making a decision. Your opponents will undoubtedly have a terrible time surviving this humorous satire.

Anarkali had already been caught leaving a club, and now Aarah has done it again. Swara Bhaskar appears in the highly regarded film.

Isn’t the title a complete Oxymoron? Ignore it; your only task is to concentrate on your game.

Setting goals for My Life, My Choice is the theme of the film. This Rajshri film was a huge hit back in the 1970s.

We all know that Antara Mali will never be as famous as Madhuri, but you can win the Dumb Charades competition with this movie title.

Sorry, dude; my mood is not in today. You’ll be astonished to learn that management courses and human behaviour studies now include this Nana Patekar film.

Well, I guess it’s a story about immortality. If you wish to gain an advantage in the game, keep this movie’s name in mind.

According to the title, the clown is expected to arrive at any moment. One of the first Bollywood sequels, Tarzan served as the inspiration for this 1960 film.

Om Puri plays the lead in the film. However, your opponent’s opponent will undoubtedly be stunned by this movie title.

What kind of logic does it make that Lalli and Laddoo are connected? It will not only make you laugh but also provide you with an opportunity to beat your opponent.

Time to pick up the phone. You may probably surmise why the film was such a smash hit in Bihar.

As implied by the title, the phrase rises from bottom to top. The title, though, is potent enough to help you advance in the game.

Another immortality story, except this time it involves a doctor. If you want to win, now is the moment to memorise the name.