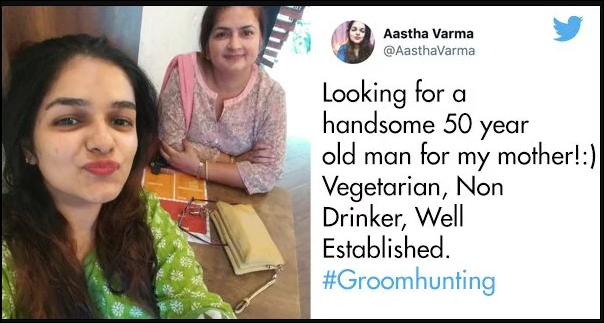 We’ve seen mothers searching for their daughters for a groom, but how often do we see the roles being changed?

So finding this tweet among all the hate and trolling on Twitter was a pleasant surprise for people.

Aastha Varma, whose Twitter account says she is a law student, recently photographed her mother with the caption:

And that is how, with a single tweet, she broke multiple stereotypes.

Kudos gul. Ur mum is blessed to have u as a daughter. I wish good luck in the groom hunting.

The post soon went viral, with people lauding her for the gesture and giving references to people they thought would make a good match for the mother of Aastha. 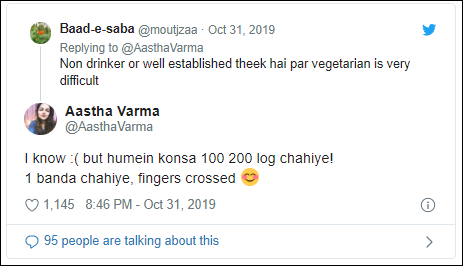 Some people also asked her why is she not trying matrimonial sites, to which she said she tried everything from Tinder to Shaadi.com but nothing worked out. 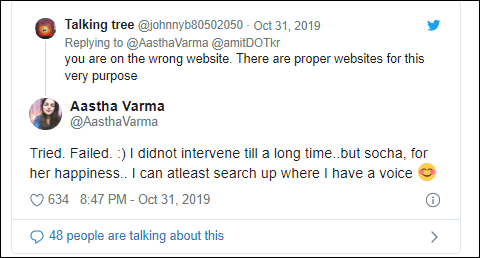 It is heartwarming to see a daughter being so involved and passionate about finding a partner for her mother and we hope they find ‘the one’ soon.

Also, Read 10 Movie Myths That Can Get You Killed