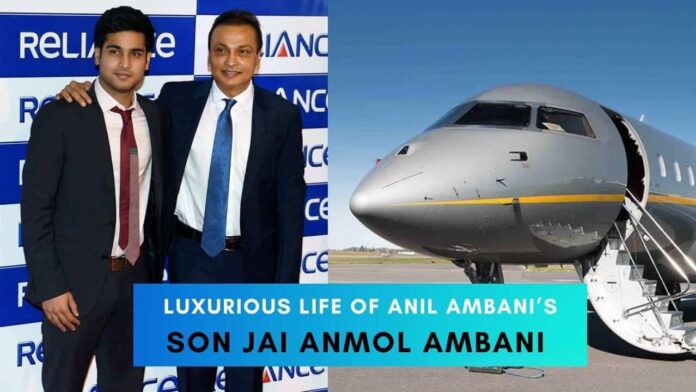 Mukesh Ambani, the chairman of Reliance Industries and a member of the Forbes list of the world’s wealthiest people, is always in the news due to his enormous wealth. His family, like Mukesh Ambani, is frequently in the news.

In this article, we will inform you about Jai Anmol Ambani, the son of Anil Ambani and Tina Ambani. Jai studied management at Warwick Business School in the United Kingdom.

He, too, is engaged in the business sector, carrying on the family business tradition. Jai Anmol Ambani was born in Mumbai on December 12, 1991.

Jai Anmol Ambani previously worked at Reliance Capital as an Executive Director. He was appointed to the board in August 2016. Dhirubhai Ambani, Jai Anmol’s grandpa, is his idol. Due to Jai Anmol’s modest temperament, he avoids the limelight at all costs, which is why Anil Ambani’s children are not in the news as frequently as Mukesh Ambani’s children.

From the beginning, Jai Anmol Ambani was interested in business. He began investing in the stock market at the age of eighteen. He furthered his understanding in this sector after completing his undergraduate education. He then completed a two-month internship at Reliance Mutual Fund.

Jai Anmol Ambani is close to his grandma Kokilaben and considers his grandfather Dhirubhai Ambani to be his role model. Jai Anmol, a member of the Ambani family, wants to live an opulent lifestyle.

According to reports in the media, Jai Anmol has a number of high-end automobiles. He owns a premium jet collection that includes the Bombardier Global Express XRS, Falcon 2000, Falcon 7X, and Bell 412, among others (chopper).

Allow us to inform you that Anil and Tina Ambani have two sons. Jai Anshul Ambani is the name of his younger son.