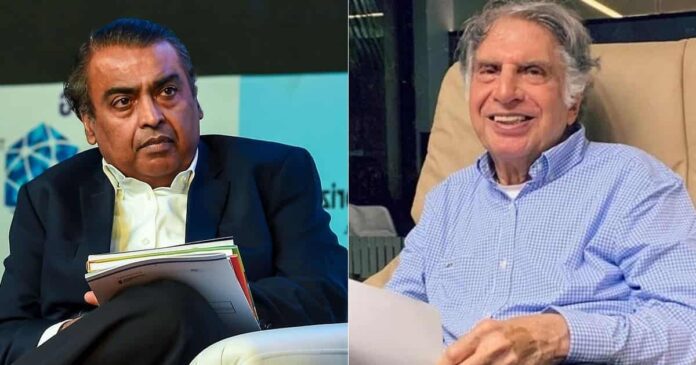 The chairman of Tata Sons and trustee of the charity trusts for Tata Motors is Ratan Tata, a well-known Indian industrialist. Ratan Tata, one of the most accomplished businessmen in Indian history and recipient of the Padma Vibhushan (2008) and the Padma Bhushan (2000), led the Tata Group from 1990 until 2012.

Ratan Tata has motivated generations to improve our nation through his charitable endeavours, modest way of living, and unwavering ethos of giving back to society.

Despite this, Ratan Tata, 84, educates the society through his interviews and demeanour when he is seen in public. The guy had never been into any difficulty and was quite forthcoming about his work.

However, a well-known incident occurred in 2011 when Ratan Tata voiced his concerns about fellow billionaire Mukesh Ambani’s lifestyle, which included living in a luxury residence worth Rs. 15,000 crores. This garnered Ratan Tata both praise and contempt. Let’s investigate what he actually said, which is controversial.

In an interview with The Times in May 2011, Indian business tycoon Ratan Tata was frank about fellow tycoon Mukesh Ambani’s lavish lifestyle.

Ratan Tata was asked what he thought about Mukesh Ambani’s apartment in a 27-story Mumbai building with a value of Rs. 15,000 crores.

Ratan Tata, who favours a humble lifestyle, responded by stating that India suffers from an unmatched economic gap and that the country needs its wealthiest citizens to contribute a small portion of their great wealth to the growth of the underprivileged. He stated:

“It makes me wonder why someone would do that. That’s what revolutions are made of. The person who lives in there should be concerned about what he sees around him and [asking] can he make a difference.”

“If he is not, then it’s sad because this country needs people to allocate some of their enormous wealth to finding ways of mitigating the hardship that people have. We are doing so little about the disparity. We are allowing it to be there and wishing it away.”

When Ratan Tata’s remarks regarding Mukesh Ambani, another business magnate, were made public in reference to the income inequality in India, they ignited a spirited discussion.

He did, however, receive a lot of public support and acclaim for his assertion that Indian billionaires were not doing enough to help the needy in all facets and sectors of society.

Ratan Tata’s words had been sensationalised by the Indian media, a Tata Sons official leapt up and remarked as the media scenario became increasingly troublesome. Ratan Tata’s remarks were not about Antilia, the Mukesh Ambani house, according to the spokeswoman.

According to the spokesperson:

“We would also like to clarify on stories in Indian media regarding Mr Ambani’s home. The report is out of context and factually incorrect. Mr Tata’s comments on wealth are in the larger context of the growing disparity in society. The comments seem to have been deliberately sensationalised.”

What do you think about this controversy?