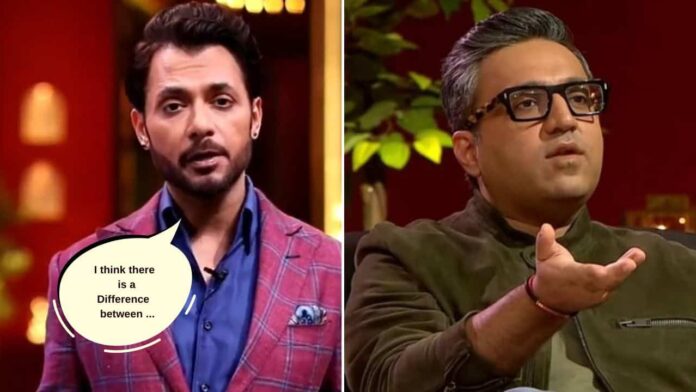 Anupam Mittal, the founder of Shaadi.com and a judge on Shark Tank India, recently stated that judges on season two of the show would have to tone it down and would not be permitted to trash any candidates during their pitches.

Additionally, he said that humiliating someone will not bring value, is unacceptable, and that sharks that do that should not be allowed to participate in Shark Tank.

Although Mittal avoided naming names, it is obvious that he was indirectly criticising Ashneer Grover, who was well-known for “insulting” contestants in season one of Shark Tank India.

For the uninitiated, he instructed a salesperson to “create a mop” out of the clothing she was offering because he believed it was “poor”

Anupam Mittal said to Film Companion that during the previous season, some team members were granted “a lot of leeway.”

“I won’t mention any particular sharks, but last year, as a team, we gave a lot of people room to manoeuvre during many pitches. You might observe a slight change in that this year, “Added he.

“I think there is a difference between being critical and insulting someone. You might have a bad idea or a bad business or a terrible business plan but that doesn’t make you a bad person. So I, and I think everybody, draws a line at criticising your business and your idea and your plan and to give you a reality check and to show you the mirror because this is season two. Humiliating somebody is not acceptable and anybody who does that does not deserve a seat on Shark Tank.”

Shark Tank season 2 will premiere on Sony entertainment television on January 2 at 10 p.m.