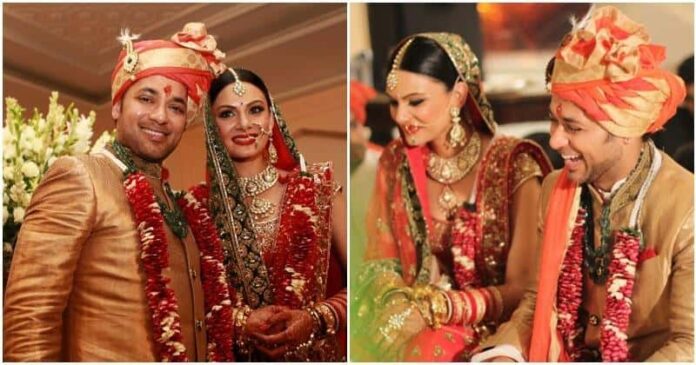 Anupam Mittal, who is currently a shark on the popular Indian TV show Shark Tank, has played cupid to many Indians. Many people have discovered their life companions because to his website Shaadi.com.

But did you know that in 2006, when Mittal’s paths crossed with Aanchal Kumar, cupid struck?

When Aanchal, a model actor, came on one of Bigg Boss 4’s seasons, she turned heads.

Anupam Mittal tied the knot with Aanchal on July 4, 2013, after dating for more than seven years. Their love tale began like so many others: they met through mutual acquaintances and clicked right away.

Anupam and Aanchal exchanged vows and tied the knot in the royal city of Jaipur, Rajasthan. Their wedding festivities were organized at Fairmont Hotel, Jaipur.

Aanchal and Anupam’s wedding video and teaser are being reshared by many fans! Here’s a closer look at their dreamy wedding!

Alyssa Mittal is the daughter of Anupam and Aanchal Mittal. Aanchal had also acted in films such as Bluffmaster and Fashion, in addition to being a top model.

She appeared in ads for Rexona, Sunsilk, and Bombay Dyeing, among others.