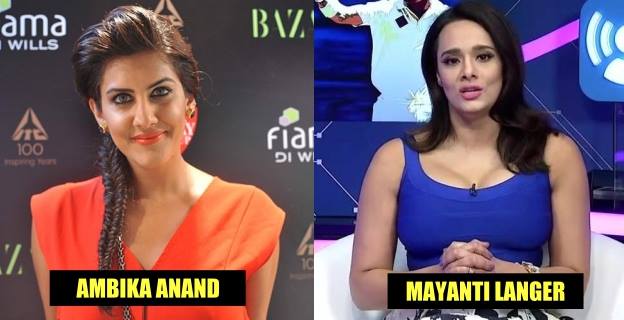 Television channels even rule the minds of all of us, just like films. For a large number of young people, the press has become a hot industry and a great career opportunity. In different television channels, there are many female and male anchors working and earning huge amounts. 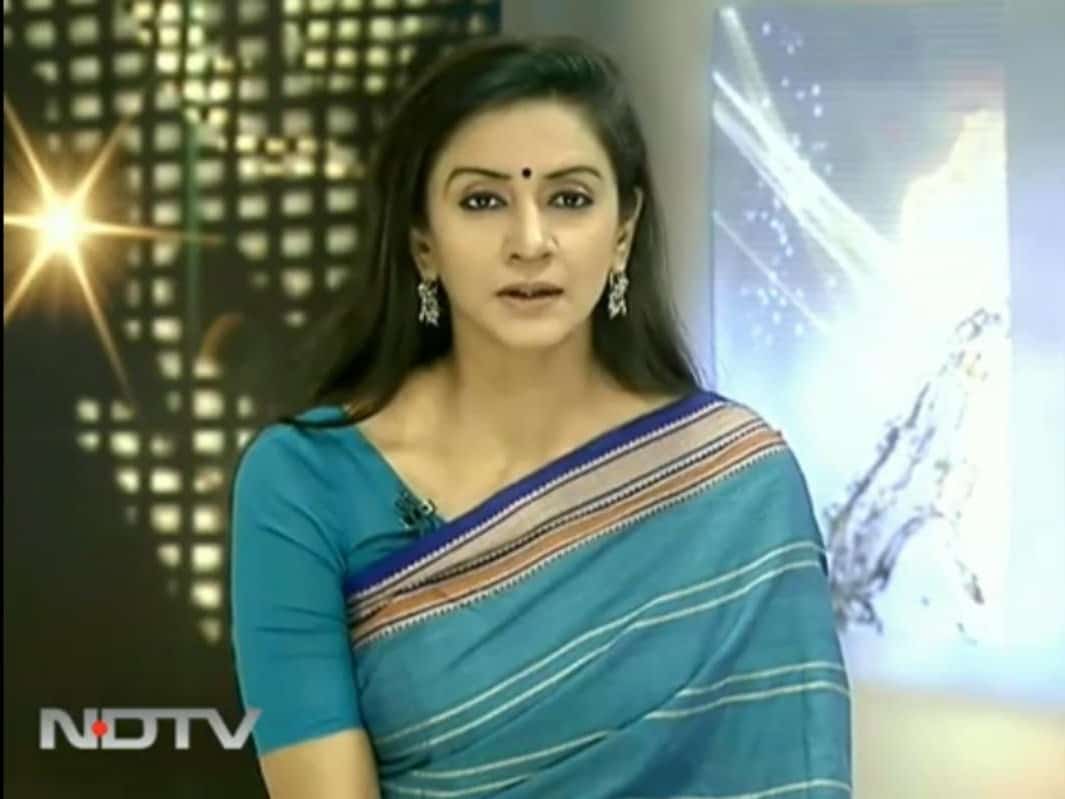 Kadambini Sharma is an NDTV India Indian news channel television anchor in India. She presents programs such as India’s 9 Baje and Prime Time. She did a special series called Mission 2014 during the 2014 Indian general election (Lok Sabha elections 2014). She graduated from the Faculty of Law at Delhi University and completed her further studies at the London School of Economics. 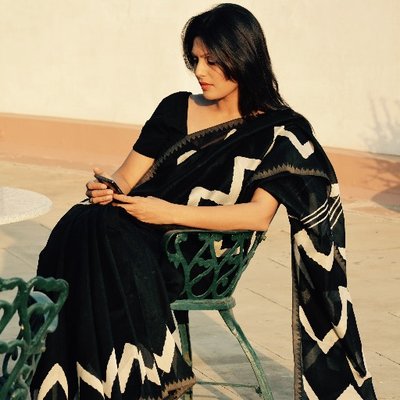 Palki has been working with CNN-IBN since June 2005. She has an MA in Journalism and Mass Communication from Rajasthan University. She has worked part-time with Hindustan Times and Doordarshan.

She hosts the breakfast news with Tracy Shishi. Palki won an award for the best newsreader in 2007. She did her journalism at Delhi University and her graduation from International College for Girls, Jaipur. In 2008, Sharma married Sanket Upadhyay, a HEADLINES TODAY news reporter. Palki Upadhyay was born in Varanasi and her father is a well-known cricketer. Her mother is a well-known beauty expert. 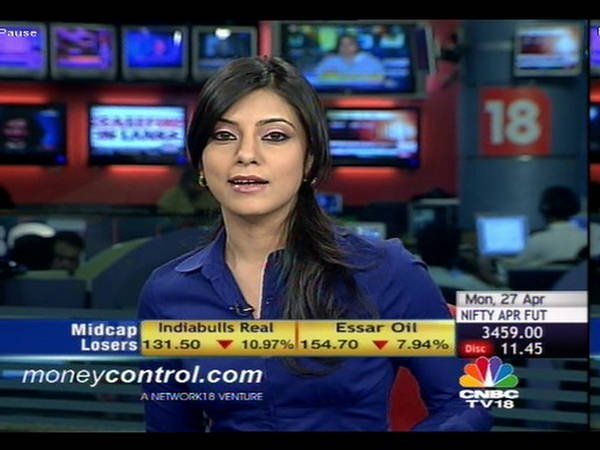 With her intense dark eyes and spectacular personality and an equally commendable track record spanning over 5 years, Mitali Mukherjee ranks 2nd in our listicle! She is the prime-time market news anchor with CNBC-TV18 and covers the Market news as the News Editor, Market. She also produces and anchors a weekend show “Classroom” which aims at increasing awareness about equity shares and markets among investors. She is a gold medalist in BA Political Science (Hons.) from Delhi University as well as a gold medalist in Television Journalism from IIMC. 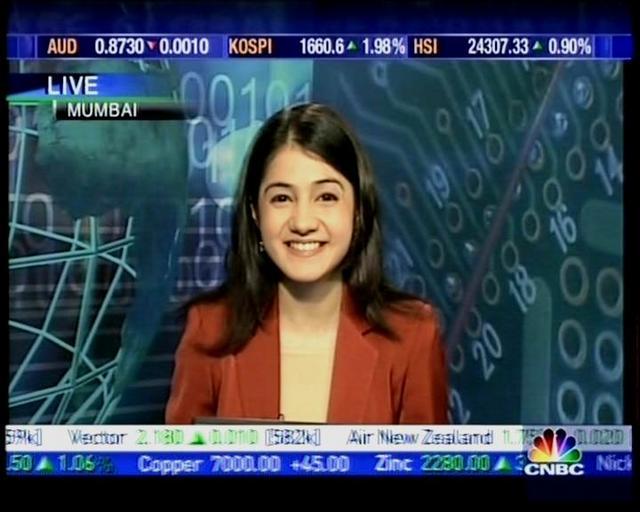 Sweet, young, charming but equally confident is the exact way to define this rising news anchor, Tanveer Gill. All of 25, she is bestowed with the role of not only a mere anchor but also a researcher and analyst on the Market for the News Channel CNBC-TV18. She is backed with a graduate degree from Jesus and Mary College, New Delhi and an MBA from Lal Bahadur Shastri Institute of Management, Delhi. 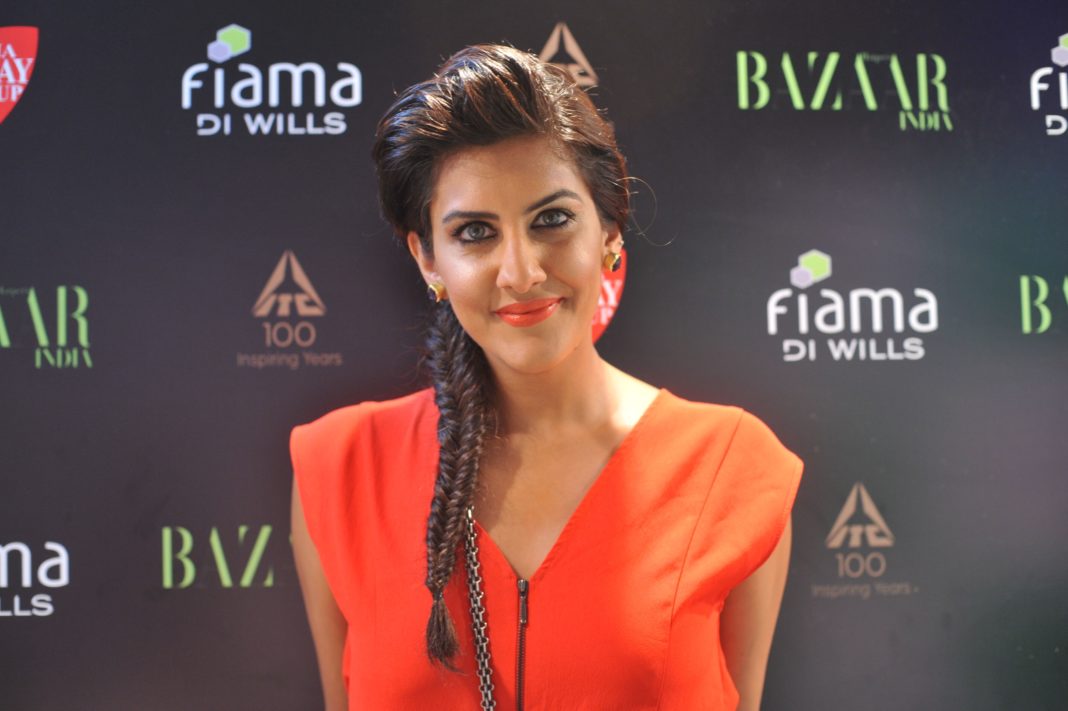 Ambika Anand (born 15 September 1980) is an Indian TV anchor and the editor in chief, of fashion at NDTV Good Times, the lifestyle channel of NDTV. She currently hosts I’m Too Sexy –Get the Look, Band Baajaa Bride Season 2 and has previously anchored shows like Band Baaja Bride, The Big Fat Indian Wedding, and I’m Too Sexy For My Shoes. I’m Too Sexy –All Access, Born in New Delhi. 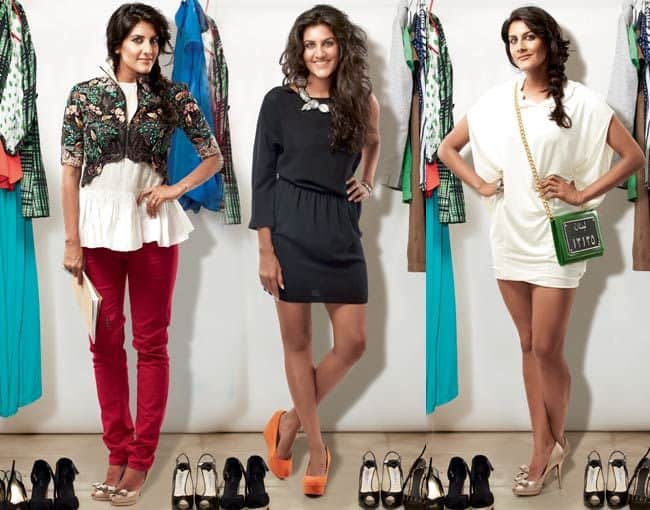 She graduated from Delhi Public School and graduated from Jesus and Delhi University’s Mary College. She graduated from Cardiff Business School with a Diploma in Economics. Ambika joined NDTV in December 2002 and worked on a weekly program produced for the BBC for their show India Business Report. After close to two years of working with NDTV, she went and worked for the Department of Communication of the International Labour Organisation, Geneva. In December 2005, she rejoined NDTV and worked on several programs in her capacity as reporter and anchor, including Hot Property, and Boss’s Day. 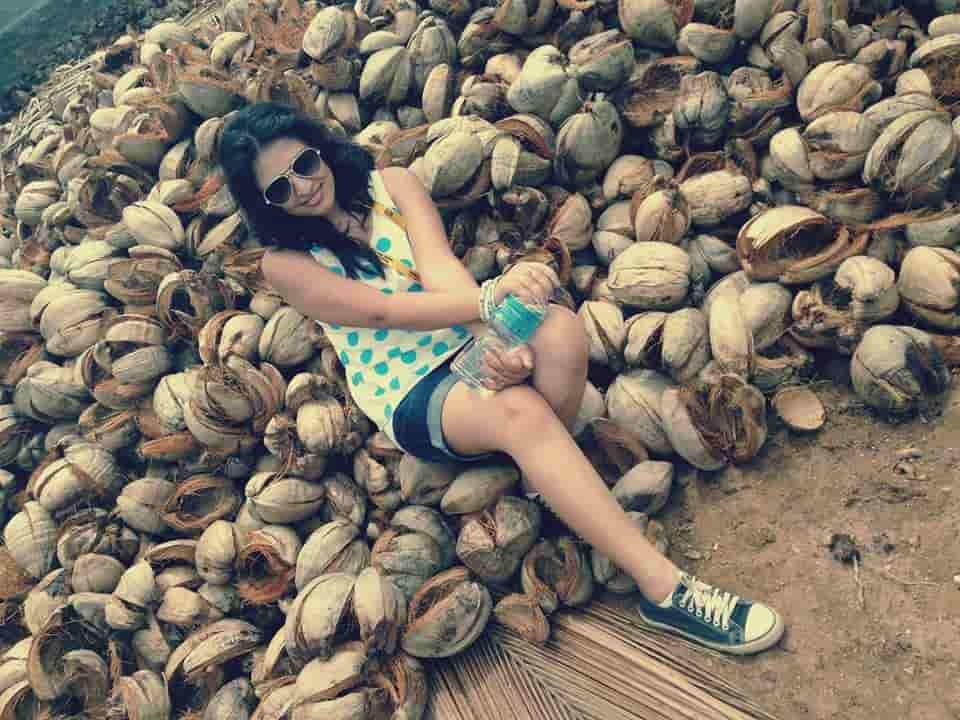 The Bombshell from Bengaluru. Srishti Kukreja from NewsX is one of the awesome news anchors in Indian media. She looks so cute and hot. Srishti Kukreja has become a sensation in the media. broadcasting industry in recent times. She started her career as an assistant producer with News9.

Then she worked as a web talent/presenter for the IPL3 fun feed. During IPL3 she caught the eye of spectators. At present, she is an assistant producer with the NewsX channel. She is the “Marigold of the Media world”. Srishti means “nature” in Sanskrit. She is the 6th element.

Sunetra Choudhury is an anchor and reporter with the NDTV 247 Indian news channel. Her career began in 1999 with The Indian Express. Then there was the deputy chief editor. She later started her television career with Star News in 2002. She moved to NDTV later in 2003. She is an alumnus of the Indian Mass Communication Institute, mainly based in New Delhi. She’s coming from Sikkim.

In 1999, Sunetra began her career with The Indian Express newspaper. In 2002, when she joined STAR News as a journalist in Hindi, she entered the electronic media industry. She joined the NDTV headquartered in New Delhi in 2003 and has been there ever since. She was an anchor and reporter covering all.

Ayesha Faridi is an anchor for the Indian business news channel CNBC TV18. Ayesha joined CNBC TV18 back in 2003. She is a journalist by training, having graduated from Delhi University. Before joining CNBC TV18, she worked as a reporter and producer with the BBC World Service and MTV India. She also heads the news ticker team at CNBC-TV18

Avantika Singh is an Indian newsreader for Headlines Today, an Indian English news channel. She is incredibly pretty. She has an excellent command of the language, her modulations must be highlighted while reading the news. You could see her bubbly side when she presents exciting news, but at the same time when she has to present tragic news, her voice, facial expression, and tone everything change, and she sets the viewers in the same mood and involves them in the news. I think she is naturally gifted in this sense. Her dress is something everyone should watch out for, coz because she has got such a wonderful dress sense. 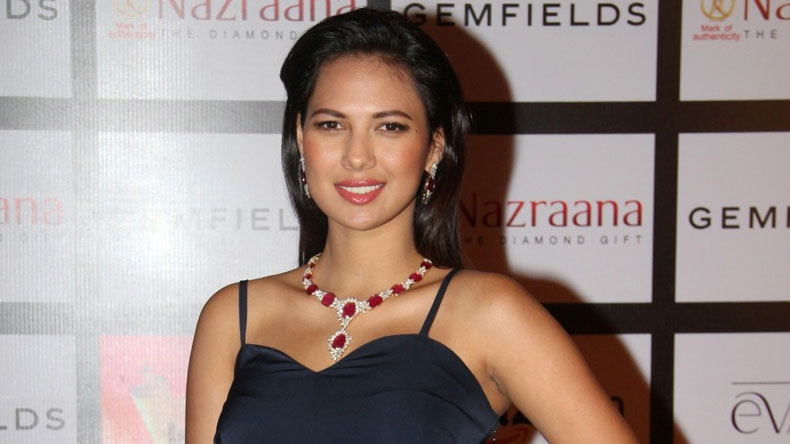 The magnificence conceived by Chennai was assigned to Femina Miss India International in 2012. Apart from being an Indian Model expert, she’s got Indian Cricket fans slobbering after taking control of the Indian Premier League (IPL) 6th Period as the grapple. In the viewership of the IPL’s’ Extra Innings ‘ show, a pre-and post-coordinate investigation, there has been an impressive flood from that point forward. 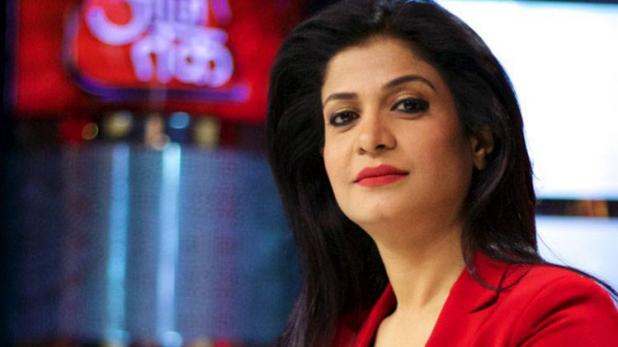 News 24’s executive producer. Anjana began her vocation in 2003 and was Zee News ‘ grapple for the first time.

She’s Aaj Tak’s Deputy Reporter. She was also a prime-time stay at News 24, a Hindi news channel, as well as Deputy Executive Producer. In 2003, Anjana began her career in news coverage by joining Zee News for a work area job. Until joining News 24 in 2007, she worked in Zee for about five years. As an AEP, she joined Aaj Tak in 2012. Her exceptional inclusion of the attack of 16 December proved to be genuinely newsworthy. She often has the appearance in a debate, Halla Bol on Aaj Tak.

Nidhi Razdan is NDTV 247’s main anchor. She has a smile to die for, making her one of the most-watched journalists in India, combined with her velvet voice and outstanding reporting skills. In 1999, Razdan joined NDTV as an anchor for news, they soon became a senior journalist. She has extensively reported on a wide range of the Indian subcontinent’s key political, economic and social stories. These include breaking news stories from India-Pakistan, a violent gang-rape in New Delhi in December 2012 from the Kashmir conflict zone. She received the Ramnath Goenka Award for Excellence in Journalism for her praiseworthy work on various events.

Shereen Bhan is CNBC’s familiar face. She has been featured in shows such as Young Turk,” India Business Hour,” Business of the Country’ and’ Power Turks.’ Shereen is a beautiful lady and head of both the Delhi Bureau and CNBC-TV18. Belonging to a family of Hindu Kashmiri Pandits, this beautiful lady is the head of the Delhi Bureau and head of CNBC-TV18. Shareen Bhan begins her career in his production house Infotainment Television as a news researcher for Karan Thapar. She joined the division of News and Current Affairs at UTV and produced numerous shows such as We The People for Star TV and Line of Fire for Sab TV. She joined CNBC-TV18 in December 2000.

The World Economic Forum recognized Bhan in 2009, by listing her as one of the Young Global Leaders of 2009. In 2005, she was awarded the FICCI Woman of the Year award. Women’s magazine Femina included her among the 20 Beautiful Faces of the year 2005. She was counted among the 50 most Beautiful Women in the Vogue October 2008 issue. 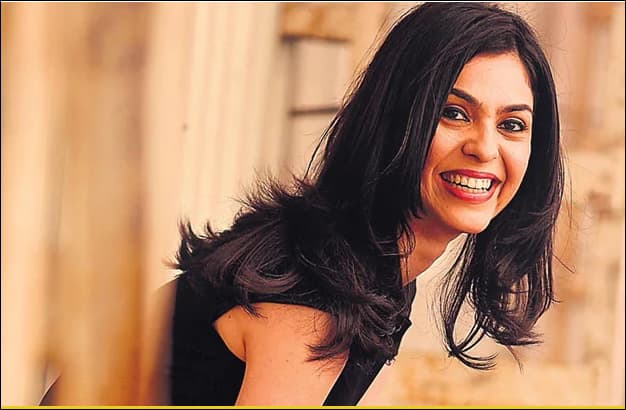 Sweta Singh is a lovely and one of India’s hottest news anchors. She is Aaj Tak’s deputy editor and began her career with The Times of India in 1996. She was also Hindustan Times ‘ dominant name and covered the Bihar news. She worked for Zee News and Sahara before joining Aaj Tak in 2002. She is known for her sports-related news coverage expertise. Her show Sourav ka Sixer received the 2005 Sports Journalism Federation of India (SJFI) award for the best sports program. She is a Patna University Mass Communications graduate. 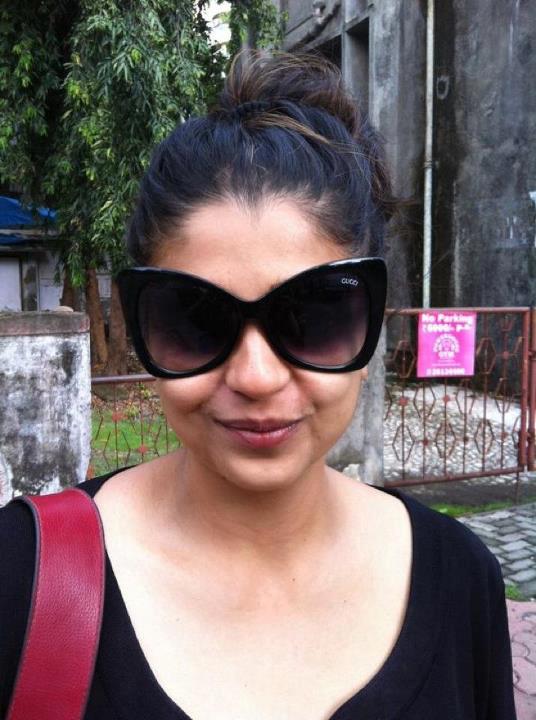 Harishree Mehta is Times Now’s, active woman. She’s an anchor and NDTV’s well-known name. Her fans appreciate her a bit. Harishree is a qualified accountant with sufficient knowledge of India and the world’s accounts and stock markets.
Harishree Mehta is Times Now’s most frequent face in their section of company and stock. She is a qualified chartered accountant who is known to have the significant stock market knowledge and her ability to draw links and trends between the markets, policy and macroeconomic scenarios. She was associated with some of the Indian business television scenario’s best-known shows. 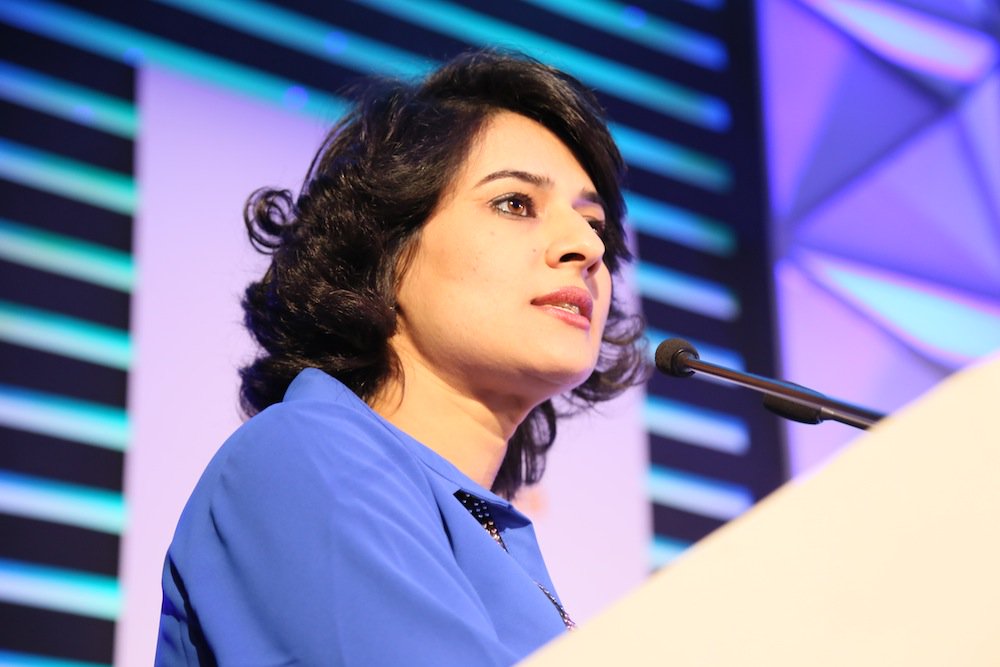 Shaili Chopra is ET Now’s anchor. She is an award-winning anchor of news and has represented the network for more than 12 years. Also, she is a writer and editor, and every week she posts articles and columns.
Shaili Chopra, a familiar face on TV, is an award-winning business news anchor with almost twelve years of television anchoring, reporting, and column writing experience. She is Tehelka’s Business Editor, writing a famous’ Tee Off With Shaili Chopra’ golf column for DNA. Before September 2012, at ET Now, the Economic Times Business News Channel, Shaili was the Senior Editor and Lead Female Anchor.

Mini Menon is Bloomberg TV India’s editor-in-chief. In 1994, she began her career and in 1996, she won the Femina Miss India award. Mini is a warm and highly talented businesswoman who is working hard to raise her success chart. She is a prominent face in the Indian media that has been involved over the past 15 years to cover both political and business news. She has won awards for her work as a news anchor and reporter, and Impact magazine in 2013 named her as one of the ten most influential women. In 2008-2009, the Indian Broadcast Association, Zee Astitva Award for Journalism, Raj, named her best business news anchor 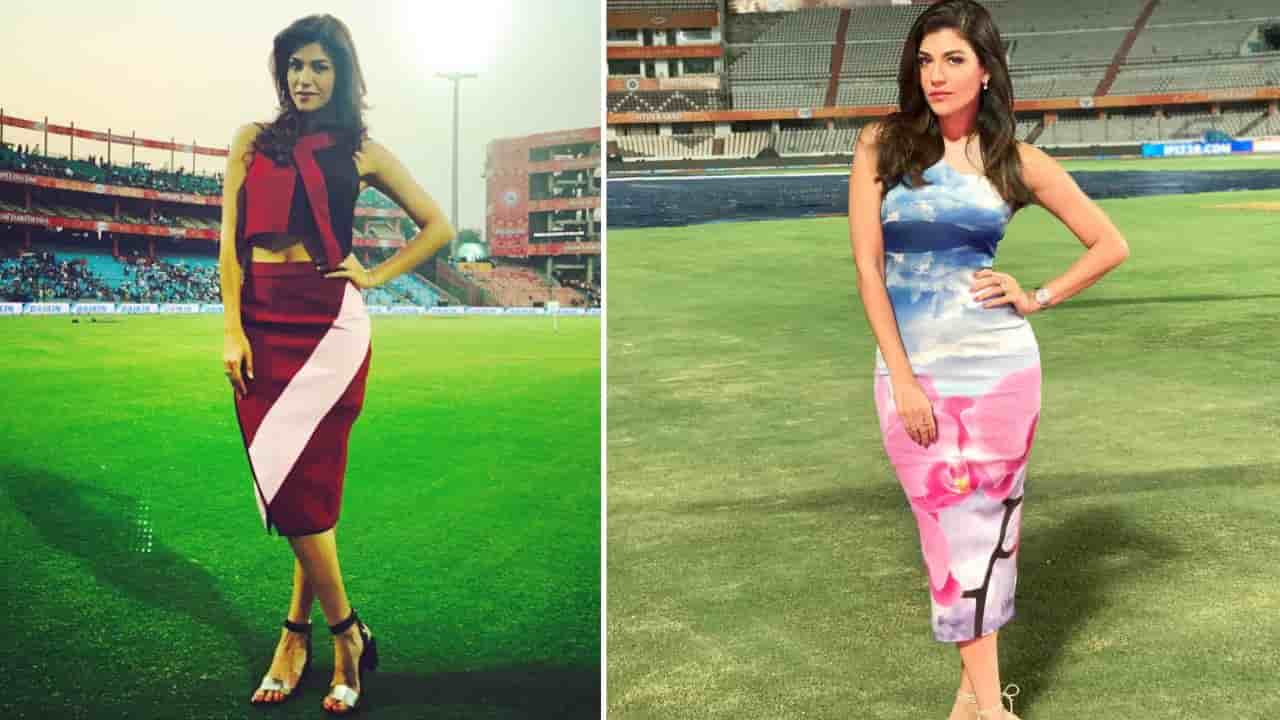 Archana Vijaya is a woman born in Kolkata. She is a fantastic presenter on television, a writer and an anchor of news. Archana is Channel V’s effective anchor and one of India’s most popular and glamorous supermodels. After winning the 1st Supermodel / Reality TV show Get Gorgeous Season 1 in India by Channel[V], she started her career. She was hosting Gorgeous Season 2 in 2005, the very same competition she won in the first season. She is one of India’s most sought-after TV hosts. She has done various genres including Travel (Freedom Express 1 and 2), Bollywood (BOLLY[ V]), Music (Jungle Jukebox) Glamor / Gossip(EBUZZ for AXN ASIA), Reality (Get Gorgeous Season 2 and Sunsilk Bindas). 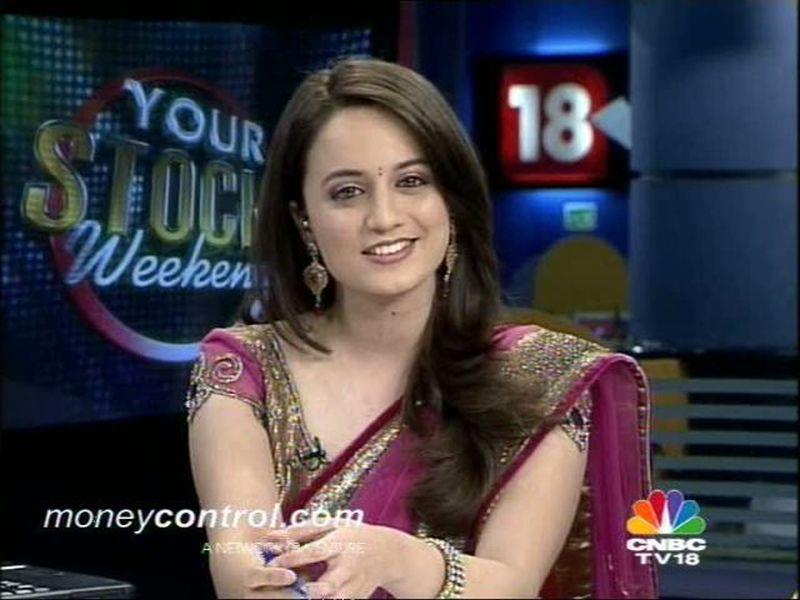 Sonia Shenoy is CNBC TV 18’s lovely anchor. She’s well-known for the smile of her killer. Throughout mid-market and post-market hours, she addresses stock exchange news. She appears at 11 am and 4 pm on the TV screen. 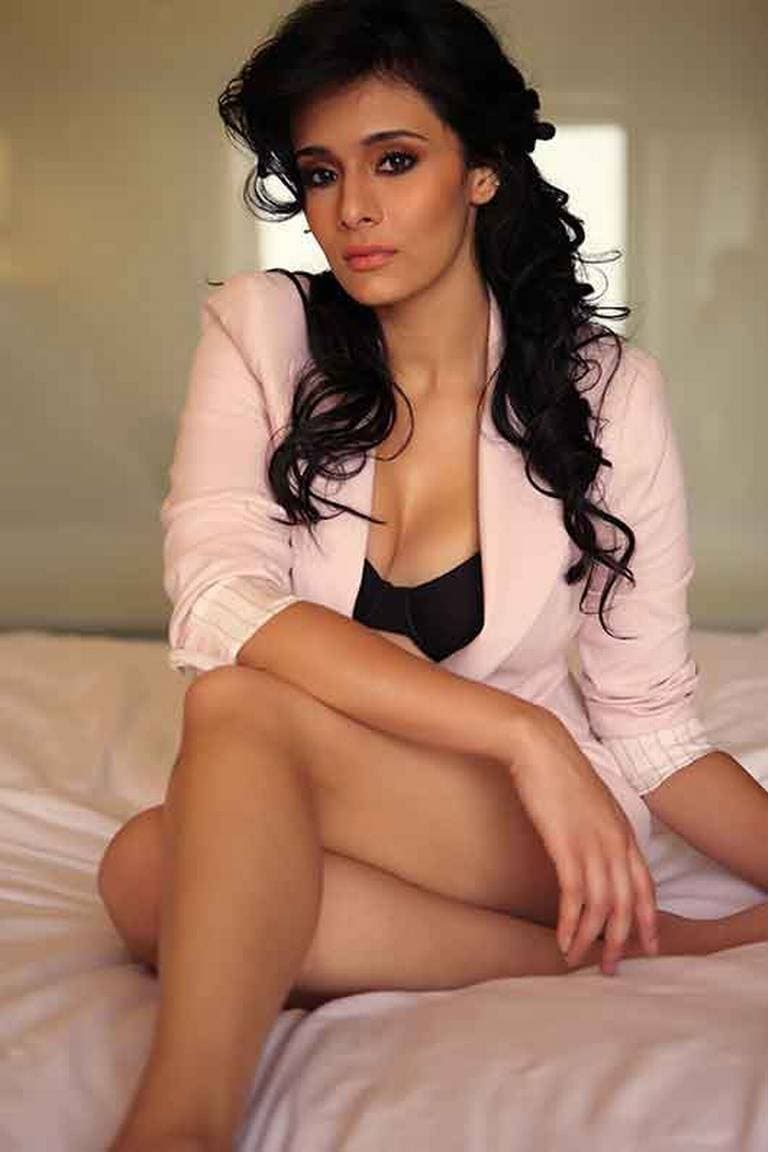 Mayanti Langer is an ESPN sports reporter. She was a U.S. soccer player and an active member of her country. She then joined FIFA as a guest anchor, which was the beginning of her successful career as an anchor. She looks beautiful and hot and is one of the world’s most well-known sports journalists. ESPN’s most famous Indian TV sports reporter. She was at the beginning of her college soccer team and then became a guest anchor for a FIFA beach football broadcast.