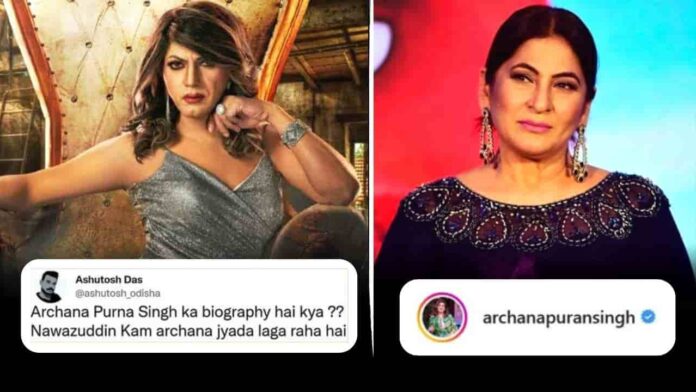 Nawazuddin Siddiqui does not come from a family that supports him in his desire to work in the film industry. Despite this, he has developed into one of Bollywood’s top performers for superb performance. His movies are classics that everyone should watch.

You can locate a history of nameless characters in Nawazuddin Siddiqui’s filmography by searching for terms like “pickpocket,” “waiter” in the movie “Shool,” “criminal” in the movie “Sarfarosh,” and “pickpocket” in the movie “Munna Bhai MBBS.” But if you look at him now, you can tell he’s one of Bollywood’s most adaptable actors.

You must understand that he has evolved into the definition of versatility thanks to his parts in Raees and Bajrangi Bhaijaan. He intentionally seeks out roles that can be difficult for him because they allow him to try new things.

Actor Nawazuddin Siddiqui is set to take on a previously unexplored part in the upcoming film Haddi, adding to his resume of strange performances. With his debut in the forthcoming retribution thriller, the actor, who is well known for his flexibility, has once again stunned his fans.

The production team has revealed the Haddi motion poster, which depicts Nawazuddin Siddiqui as the most unlikeable character ever. The 48-year-old actor will portray the lead role in the film being directed by newcomer Akshat Ajay Sharma while dressing as a woman. Zee Studios and Anandita Studios are supporting the film’s current development.

The most recent poster for Nawazuddin Siddiqui’s upcoming film Haddi was released by Taran Adarsh.

Tweeting about it, he wrote,

Nawazuddin Siddiqui’s most memorable appearance in the movie was quickly brought up by fans in the tweet’s comments section. His likeness to actress Archana Puran Singh, however, stood out amid the thousands of comments that were made.

It attracted a lot of attention from the public, including Archana Puran Singh.

She stated, as reported by the Hindustan Times,

“It’s the hairstyle which has become synonymous with me that is causing all these comparisons. I’ve used this side-parted look during the early part of Kapil show (The Kapil Sharma Show).”

What does Nawazuddin think of his own updated appearance?

Nawazuddin Siddiqui explained his novel but odd character as follows:

“I have portrayed different interesting characters but ‘Haddi’ is going to be a unique and special one since I will be sporting a never-seen-before look and it will also help me to push the envelope as an actor. Looking forward to starting shooting the film.”

On the professional front, you might soon see him in Holy Cow, a film that also stars Mukesh Bhatt and Tigmanshu Dhulia in pivotal roles.